Wharfedale speakers have been great speakers over the years, so it wasn’t difficult to choose some highlights. Wharfedale has produced some outstanding speakers in the last 80 or so years. So in celebration of British Hi-Fi Week, we’ve looked through the archives and put together a list of the company’s star performers.

There’s everything here from standalone drive units to budget champions and premium superstars, all of which are underpinned by solid engineering, technical innovation, and excellent value.

Gilbert Briggs founded Wharfedale speakers in 1932. Briggs was a keen music and audio enthusiast and developed the company’s first product – the Bronze drive unit – in his cellar.

At the time such things were considered cutting edge technology and involved much experimentation.

He lived in Ilkley, Yorkshire, in a valley known as Wharfedale, and so that’s what he called his new company.

That original drive unit was initially sold as a single driver, as back then early audio enthusiasts built their own enclosures.

It wasn’t until 1934 that the Bronze featured in a fully assembled Wharfedale ‘cabinet speaker’ and that was called the Nubian.

The Wharfedale speakers SFB/3 was Briggs’ answer to Quad’s ESL57 electrostatics. It was a three-way, open-back speaker with a sand-filled baffle.

The idea behind the filled baffle design was to create a rigid but well-damped structure for the drive units to work from, but the lack of a box behind was just as unusual.

This approach avoided the cabinet resonances that are part and parcel of any enclosure.

The three-way drive unit array was made up of 3in, 10in and 12in units, with the two larger drivers being connected in parallel, and the tweeter crossover consisted of a single capacitor.

Wharfedale recommended using an amplifier with at least three watts of power to get decent volume levels. The SFB/3s measured 79 x 86 x 30cm (hwd) and weighed in at around 29kg.

The original Linton went on to become one of the best selling speakers of its era.

It started off as a two-way model with a 3 tweeter and 8in the base unit, but over time developed into a three–way design called the Linton 3XP.

That original stood out for the innovative use of a Flexiprene roll-surround in the suspension of its bass unit.

The tweeter was also unusual in being encased in its own acoustic dome to isolate it from the vibrations generated by the base unit.

After the war, Briggs continued to develop his speakers. In 1947 the company released the Corner Cabinet, which claimed to be the first two-way hi-fi speaker for home use.

At the time multi-way speakers were the preserve of cinemas and theatres, so this was a massive technological leap forward for home audio.

The Corner Cabinet’s enclosure was made in solid mahogany, though a solid oak  option was also offered.

By current standards they were pretty big boxes at 107 x 65 x 47cm (hwd), though would have probably have been considered reasonably compact for the time.

The claimed frequency response was an impress 40Hz to 18kHz and the power handling was rated at a modest 10 watts. A three-way version was also subsequently developed.

When Wharfedale speakers launched the original Diamond Mk1 in 1982, we doubt whether anyone – even Wharfedale – anticipated the scale of their success.

The Diamond quickly became the core of the company’s product output and spawned various off-shoots, including a ‘before its time’ powered model, as well as a luxury version called the Super Diamond, which was wrapped in a smart real-wood veneer.

That Mk1 was a squat thing standing just 24cm high and had an internal volume of just 5.2 litres. It cost just £65 on launch and soon built up a mighty reputation for being musically talented.

These speakers delivered surprising bass weight for their modest size and had far more finesse than their lowly price suggested.

The sonic balance was a little rounded at the top end to avoid the basic tweeter becoming exposed, but the capable 11cm long-throw polypropylene mid/bass unit compensated.

Given a decent source and good budget amplification they delivered entertaining results. At the price, little came close.

We could have filled this list with various generations of the Diamond, but have chosen to pick out the ninth-gen model of the more recent editions.

Why? After a relatively fallow period – the fifth to seventh generation models weren’t great – there was a return to form with the eighth.

This was much more like it when it came to sound, but these speakers still leaned heavily on under-cutting their obvious rivals on price for their appeal.

Things changed with the 9.1. This was the Diamond back to its ambitious best with fancy curved cabinets, a sophisticated Kevlar-coned mid/bass unit, and a rather sweet-sounding tweeter.

Build was excellent too – something not always a strength of earlier versions.

The 9.1 sounded detailed and transparent, could play all types of music with ease, and offered a level of insight well beyond their £180 price level.

Later Diamonds took things even further, but for us the 9.1 still sticks in the mind.

The 505.2 was another massive success for Wharfedale speakers, sitting in the mid-market and delivering a sound of impressive polish and insight.

They were a £169 two-way standmounter that echoed the clean-cut appearance of the mighty 708, but at around half the money.

There was no fancy lightweight cabinet here, though, as the budget couldn’t accommodate such extravagancies.

The standard 505.2 used a basic chipboard box, but there was also a luxury version available at a premium that used 18mm MDF, covered with a rather nice mahogany real-wood veneer.

The pricier version justified its premium on sonic grounds too, with a clearer and more composed presentation.

Wharfedale speakers made some hugely accomplished drive units at the time, and they were masters at making sweet-sounding metal dome tweeters (at a time when most rivals struggled to do the same).

The one in the 505.2 delivered impressive clarity and insight. These speakers were open and articulate performers capable of a surprisingly subtle performance when suitably partnered.

They began to sound ragged if pushed too hard, but beyond that led the class in most other respects for a number of years.

We don’t give Awards lightly, so when Wharfedale’s Evo 4.4 floorstanders picked up a Best Buy gong for 2020 you can be sure that we compared them to every possible rival. Against them, they came up trumps.

We’re still impressed at the ambitious engineering of these speakers.

You’re looking at a true three-way design with an AMT (Air Motion Transformer) tweeter, a 5cm dome midrange, and a pair of 15cm bass drivers.

Add a carefully calibrated crossover and excellent build quality and you have a class-leading tower.

The Evo 4.4 are mature and insightful-sounding performers, as comfortable exploring the subtleties of instrumental textures and dynamic nuances as they are pounding out bass beats and delivering thundering crescendos. 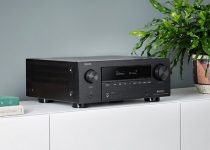 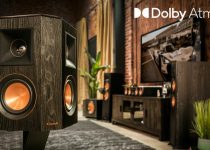 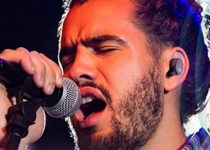