Compare the modern toothbrush to brushes used a few hundred years ago. You’ll notice the brushes we’re using today look pretty much the same. That’s not necessarily a bad thing. Here we have provided a well-detailed review of the UNOBRUSH. 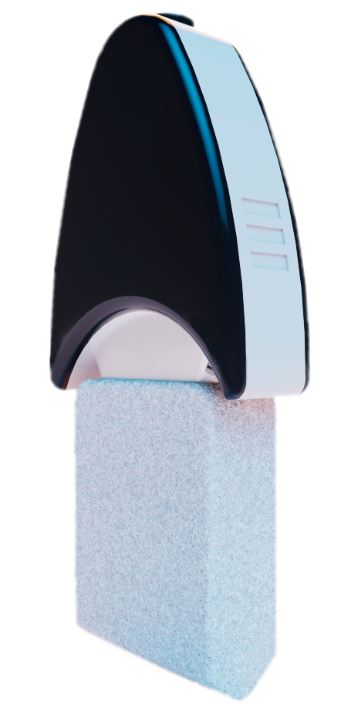 UNOBRUSH is basically an attempt to make a 21st century design toothbrush. UNOBRUSH is actually a crowdfunded project through Kickstarter, which managed to raise about a million dollars in pledges.

It’s being billed as the world’s smartest anti-cavity toothbrush. Claiming this toothbrush fights cavities is like pointing out that food prevents starvation. But nitpicking aside, this brush does aspire to clean your teeth faster and more effectively than an ordinary toothbrush. In fact, UNOBRUSH is supposed to finish its cleaning in about six seconds.

The brush itself looks almost nothing like a toothbrush. It has about the same dimensions as an ice cream sandwich. Consequently, it’s small enough to hold in one hand and fit inside your mouth. The base looks somewhat like a plastic Starfleet Communicator Badge, while the topside is attached to a square medical-grade sponge.

The base module is fairly simple, composed of a lightweight polymer composite. The front and backside are black, while the sides are white. Again, not unlike an ice cream sandwich. The unit is clearly made to feel natural in your hand, though it spends little time in that location.

The sponge looks a little silly because it’s not a permanent fixture, it’s intended to be added and removed. When you stick the sponge in your mouth, the badge-portion of the device remains in front of your face. That’s similar to a regular toothbrush, except you don’t need to hold anything. 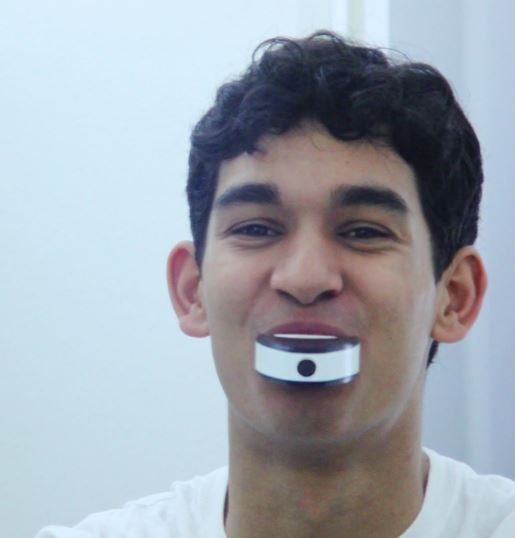 The general idea is simple. The design is based on patent-pending UNOfoam technology, which can reach nearly every surface within a person’s mouth.

Brushing your teeth basically works by physically removing bacteria and the foods they digest. Instead of brushing, the UNOBRUSH is operated by biting into the foam, causing it to wrap around your teeth. It’s worth noting that this technique is intended to help clean the gums as well.

A few things can be said with certainty. The UNOBRUSH is made with a universal design. It has a one-sized fits all mouthpiece which can physically reach nearly every surface of your teeth. Even if you have a particularly large or small mouth, the UNOBRUSH is built to be adaptable to essentially anyone over the age of five.

If you’ve ever taken a look at ultraviolet cleaning wands, you may have noticed that some of them are capable of cleaning in only a couple of seconds, and from distances of about 8-inches. The idea the UNOBRUSH can clean out your mouth in six seconds is very plausible, especially because it has such close proximity to what it’s expected to clean.

Attaching a new UNOfoam is basically as simple as sliding it into place. The foam becomes attached as you rotate the circular base clockwise by 90-degrees. Removing used foam is equally simple, using the opposite motion. The foam then snaps into place, and can be used immediately. 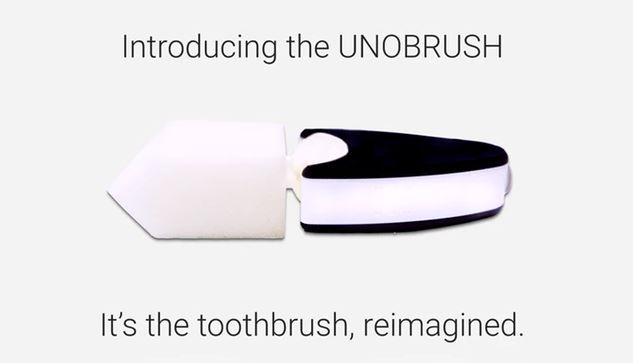 From one charge of the brush, the battery life is estimated to be about two weeks. And UV lights tend to be good for about two years of continuous use. On the other hand, each UNOfoam has a maximum lifespan of about one month.

That’s actually two or three times more often than you need to replace a toothbrush, though replacement can be made simpler with the UNOsupply service.

Like with regular toothbrushes, it’s possible to keep using the foam a little longer than you ought to. But like toothbrushes, you really want to make these replacements on time.

UNOBRUSH claims their technique is twice as effective as alternatives, but you probably shouldn’t stop brushing your teeth. On the other hand, brushing and also using the UNOBRUSH would certainly be worth a shot. If you’re interested in giving it a try, UNOBRUSH is estimated to ship in Spring of 2019.

Adding six seconds to your brushing routine isn’t the same thing as cutting your brushing time down to six seconds. But if it really works at effectively eliminating the bacteria found inside your mouth, then devices like the UNOBRUSH may become a common necessity in the near future. If you’re cautious, the UNOBRUSH could be a modern, cool, and very hygienic addition to nearly any home bathroom. 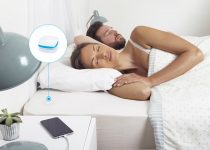 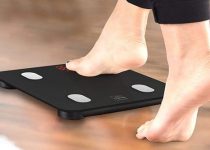 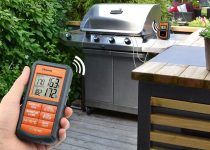