If you need a portable speaker that plays your songs as loud as you want them, can last all day and can stand against the elements such as the rain, water, dust, sand, and drops, then the Megaboom 3 is perfect for you. The UE Megaboom has practically everything you want from a Bluetooth speaker good looking, well-built, great sound, throbbing bass, and long battery.

To top it all off, it is waterproof, dustproof, drop-proof, and very stylish too. So if you are looking for a powerful portable speaker to take with you to the park, pool, river, or beach, the Megaboom is certainly a great choice.

Compared to other waterproof speakers, it is among the more expensive models. So is the UE Megaboom worth it? Definitely and we’ll discuss why later on.

It can be incredibly loud without compromising the quality of sound. Its highs never sound painful and its bass leaves a good impact

As its name suggests, the Megaboom is the biggest and most powerful option in Ultimate Ears’ popular lineup of Bluetooth speakers.

It shares the heritage of smaller speakers like the Wonderboom (which topped my list of compact, water-resistant Bluetooth speakers), with drivers placed in a cylindrical form factor for 360-degree audio, a waterproof enclosure, and a wide choice of colors.

Now, of course, this speaker isn’t for everyone and it can improve in some aspects. But overall,.

As you might expect, the Megaboom absolutely dwarfs the Boom 2 in size, and is on the large side for portable speakers in general.

It stands just shy of nine inches, two inches taller and about an inch thicker than the UE Boom 2.

Unlike most first-generation products, UE struck gold with the design of its original Boom so much so that you can see the design here is, more or less, unchanged.

You’ll still find the familiar “+, -” volume buttons positioned at the front, and the power button resting in the middle of its concave top.

For the uninitiated, the Megaboom is the size of a large thermos, taking on a mix of design elements found in both the original Boom and its successor.

The fabric stitching that wraps around its body has a more sparse thread count and button design that mimics the look found on the UE Boom.

But, once flipped over, the port flap that helps the Megaboom in its waterproofing (IPX7) efforts has gone under the knife and looks flatter, like what you’ll see on the Boom 2.

Just as it did with the design, the Megaboom measures up to the successes of the UE Boom and Boom 2, then multiplies them.

This plus-sized speaker is just as easy to use but offers measurable boosts in sound and battery performance, which help it not only stand above its smaller kin but to reach eye-level of other, heftier competition, too.

The Megaboom boasts a powerful sound that’s filled with crispness and heady bass. Providing a full, room-filling experience has long been a strong suit of UE’s cylindrical Bluetooth speakers, and the larger hardware is just as worthy of the accolade.

Every genre of music that we lobbed at it sounds vibrant and expansive.

The 360-degree audio effect, which we found to be improved in the Boom 2 over its original, was also noticeably better here.

Walking around the speaker, it’s much harder than it used to be (but still possible) to find a “dead spot” in the sound delivery.

Listeners who insist that a speaker’s worth relies heavily on its feature set will be pleased with the Megaboom.

Ultimate Ears also offers a free UE Megaboom app for iOS and Android. While you don’t need it to operate the speaker, the app offers some extra features including an equalizer, alarm, language choices for alerts, firmware updates, and a display of what percent charge remains in its battery.

You can also use the app to enable tap gesture support that lets you control playback by tapping the top surface of the speaker.

There are Bluetooth speakers that are bigger, more powerful, and with higher fidelity sound and/or greater volume. But these are almost always much bigger.

The UE Megaboom offers satisfying, premium quality 360-degree audio in a stylish design that looks as good indoors as it does outside.

It’s waterproof and easy to clean, offers long battery life, and includes features like an app for customized sound. The kicker? It’s compact enough to pick up and carry anywhere.

In short, if you’re looking for a way to get the music from your smartphone to a Bluetooth speaker, this speaker is pretty slick. It deserves to be high on your list of potential choices.

The UE Megaboom is described as being waterproof, although what this equates to technically is the ability to stay dunked under 3.3 feet of water for up to 30 minutes.

That’s the worst case scenario, like being accidentally knocked into a pool.

What this means from a practical perspective is that the Megaboom is a great choice for music at outdoor events.

It can take exposure to rain, splashes from the pool or a spilled drink. If it gets dirty, you can wash it off with soap and water. That makes for some pretty worry-free music.

While it lacks some features other portable speakers offer such as the ability to top up a smartphone battery the Megaboom does have a few other tricks up its sleeve.

Pairing the UE Megaboom is fairly simple. After turning it on, just press and hold the Bluetooth button to enter pairing mode.

Then either pair from the Bluetooth menu on your device or tap your NFC-enabled device below the + and – buttons to pair without the need for a menu.

If you’d prefer to go the wired route, there is a 3.5 mm jack on the bottom, though this renders the Megaboom’s 360 degrees sound somewhat less effective.

Is the UE Megaboom worth it?

Its battery life, durability, and waterproof capabilities are its best features. But overall, our Megaboom speaker review verdict is clear: it offers great value for the price.

What’s the difference between Ultimate Ears boom and Megaboom?

The Megaboom 3 is the larger speaker, so its radiators are larger, offering a wider frequency range, meaning deeper, richer bass. However, its maximum sound level is equal to that of the Boom 3 at 90dBA. … In terms of how rugged and water-resistant each speaker is, they’re virtually identical.

Is UE boom better than Bose?

In this head-to-head matchup, the Boom did indeed best the Bose 4 to 1, by virtue of its durable and water-resistant design, ease of use, features, and battery life. But, the Bose won the one category that matters the most: sound quality 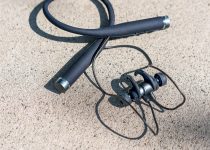 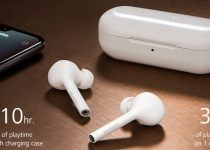