Element T6 Mini is an ultra-portable Bluetooth speaker with stunning 360 surround deep bass & clear sound, and 24 hours of playtime, which is perfect for outdoor gatherings, poolside or any other adventures. 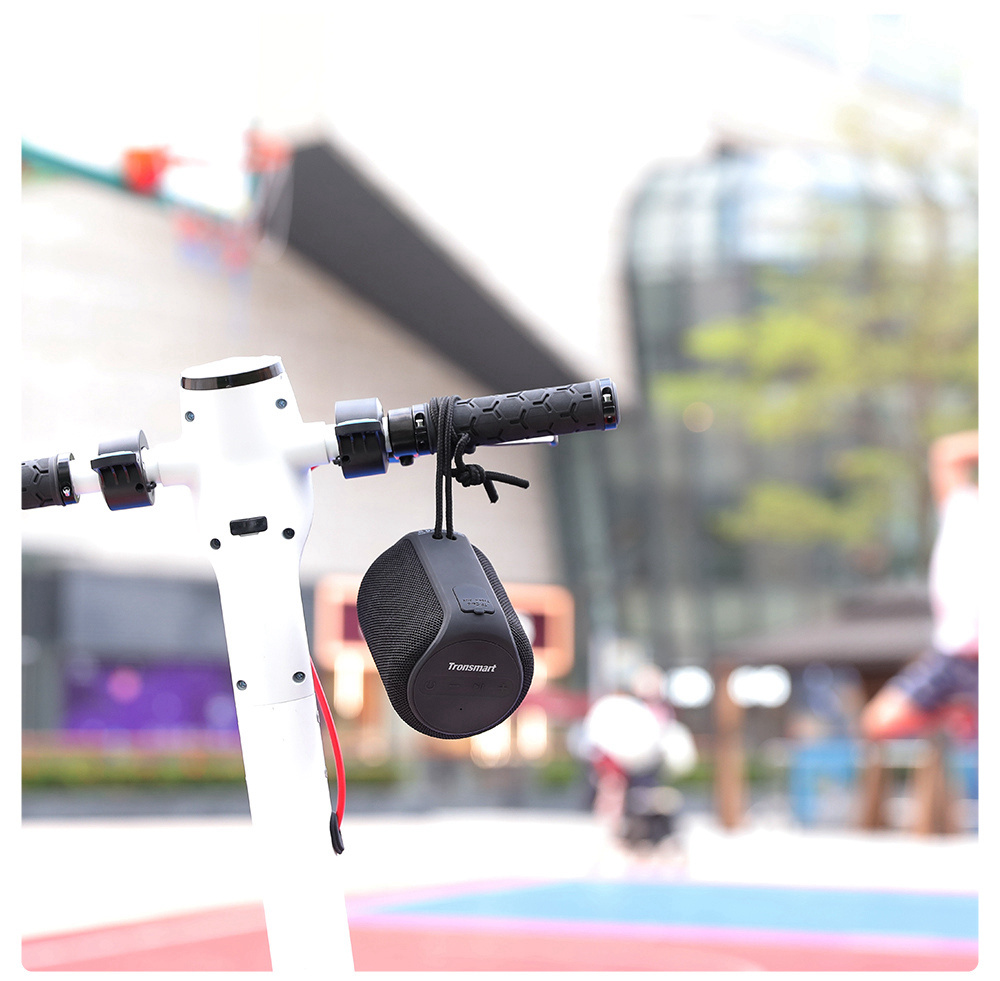 When you look closely at the T6 Mini you will notice that it is about the same size as a can of Chunky soup, although a little more plump.  (I love Chunky soup, but I digress).

You’ll notice that it is covered in a fabric weave with a rubberized membrane that extends from the top, down the back, and across the bottom of the speaker.

There are also 3 rubberized feet on the bottom that keep it elevated off the surface to allow you to hear the bass coming from the subwoofer radiator.

You can’t submerge the T6 Mini in water, but it is IPX6 waterproof so you won’t have to worry if it gets caught in the rain or splashed on by kids in the pool.

It has 4 buttons on the top for power, play/pause, volume up, and volume down.  On the back you’ll find a flap that you can pull open to find the microSD card slot (to play your own music directly from the card), the USB-C power port, and an aux jack. 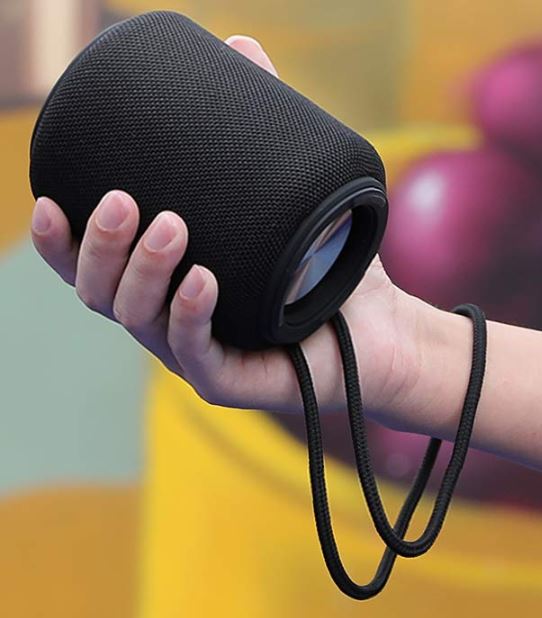 As far as controls go, this thing uses the same interface that almost all Tronsmart speakers use.

There’s a set of +/- buttons, a power button, and a play/pause button.

While there is no LED back-lights for those buttons, they are tactically raised above the rest of the surface. So finding the right buttons in the dark isn’t tough.

That makes it pretty compact, even among compact speakers. It would be an exaggeration to say the T6 Mini is best in class; but it can easily be clipped onto a bag, and what more can you ask?

It might also be worth noting the stand-up design is still low enough that it’s not prone to being knocked over. 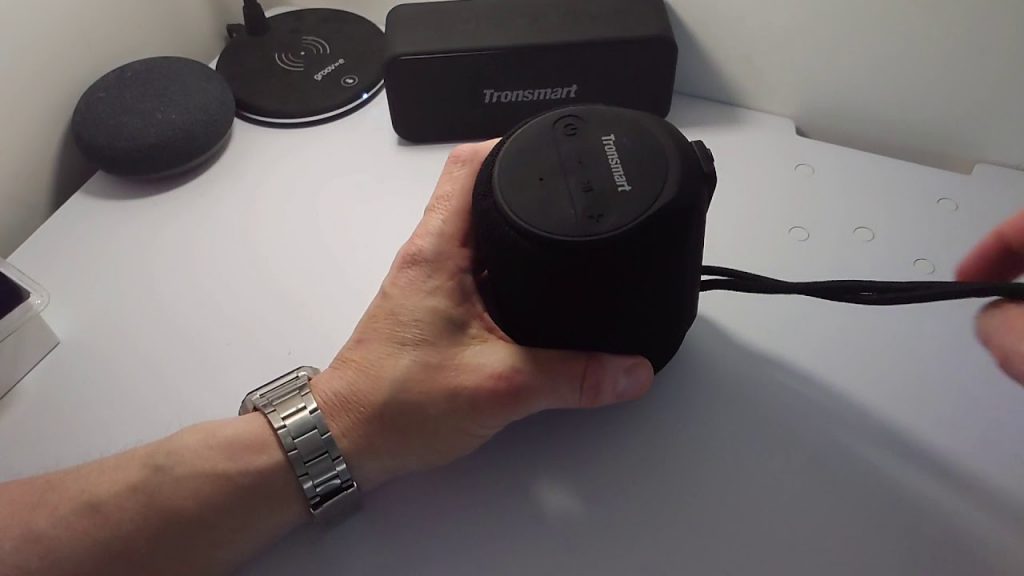 Bright and clear sound signature is what you will get from Tronsmart Element T6 Mini. 15W total power output is good enough to blast in a quiet large living room.

If that not enough, just add another one through TWS.

You have 30W total power output then. Besides, you can also enjoy actual stereo sound on top of the existing 360° surround sound.

T6 Mini focus more on treble than bass unlike its bigger brother Tronsmart Element T6 Plus. Therefore, you have clear and clean treble. Vocal is being bumped up as well.

Yes, all the audio instrumentals can be heard clearly no doubt. As for bass, it is decent. Powerful for its size.

You can feel the bass bumping here and there. But not as deep as T6 Plus when compared. Overall, T6 Mini sounds great for the price. 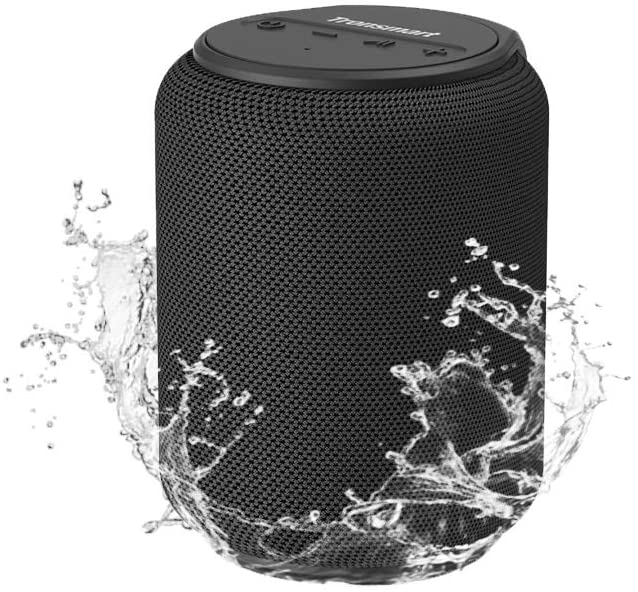 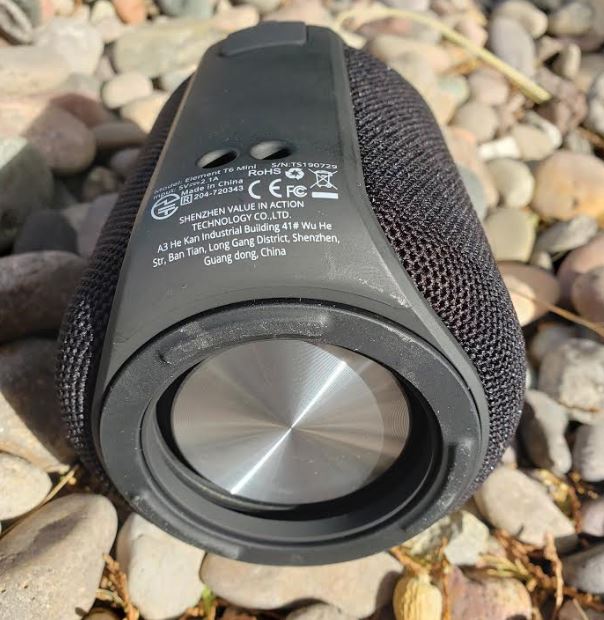 The battery is a 2500mAh lithium ion cell, making it capable of playing several hundred songs in a row without faltering.

Restoring the empty battery takes around three hours, and you’re supposed to get 24-hours of playtime. But do you?

Well, that depends on a lot of stuff, from the temperature of the room on through. But mostly on volume levels. Here the 24-hour estimate isn’t that bad if you’re keeping the volume levels down towards 50%.

If you’re raising them up higher, towards peak perhaps, then you can expect to get much more like 16 hours of playtime. Still pretty respectable.

As far as rapid recharge or wireless recharging features go, this thing is just a little bit behind the times. 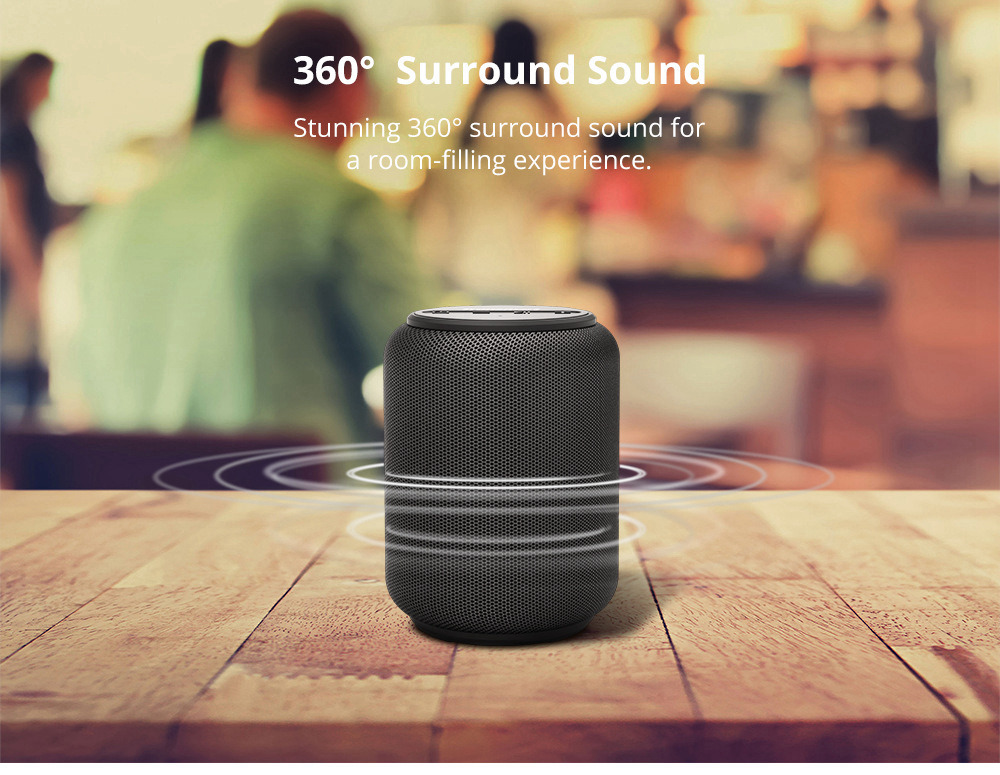 The 15W output is actually fairly average for a speaker of this size.

But you have to keep in mind that sound is projected in all directions.

As such, the maximum volume levels you can squeeze out of this thing are a little below-average compared to similar speakers.

Of course, most people don’t end up running these things at 100%. So the maximum output is still respectably boisterous — perhaps twice as much sound as you’d pull from the backside of a PC monitor.

Actually, it’s worth noting that Tronsmart connect allow two of these speakers to connect thorough TWS for a 30W output of stereo sound. So the 15W barrier is surmountable. 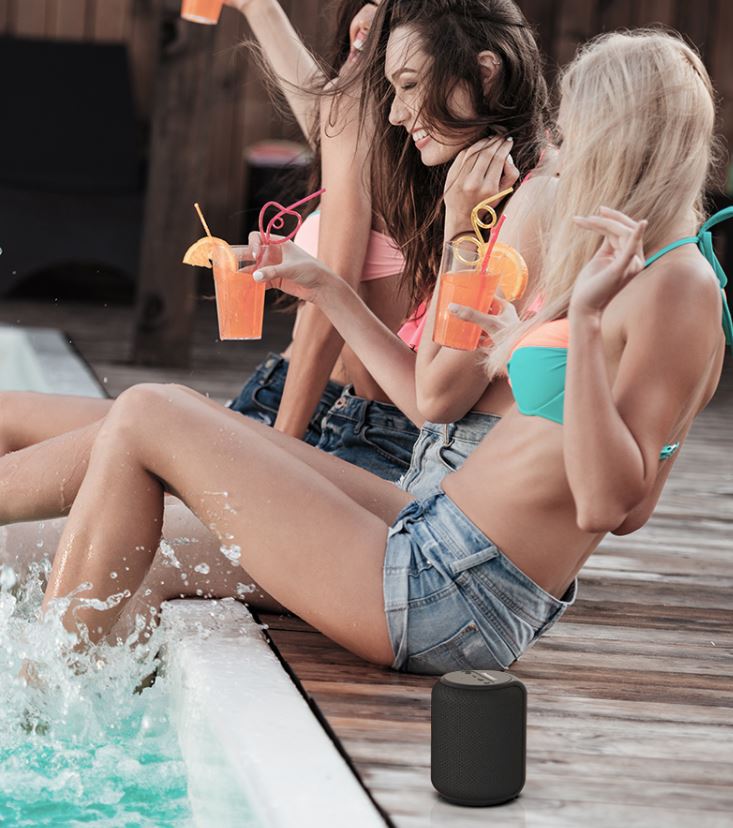 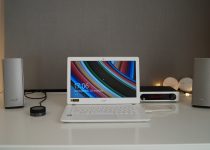 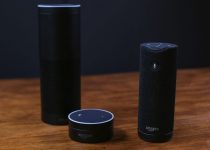 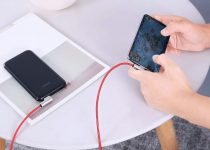