The Toshiba Fire TV Edition is a very affordable 4K HDR TV with all the benefits of Amazon’s Alexa voice assistant and Fire TV streaming media platform, but you can get a much better picture by spending just a little more. In this article, we have made a well-detailed review of the Toshiba 50 Inch Fire TV Edition. 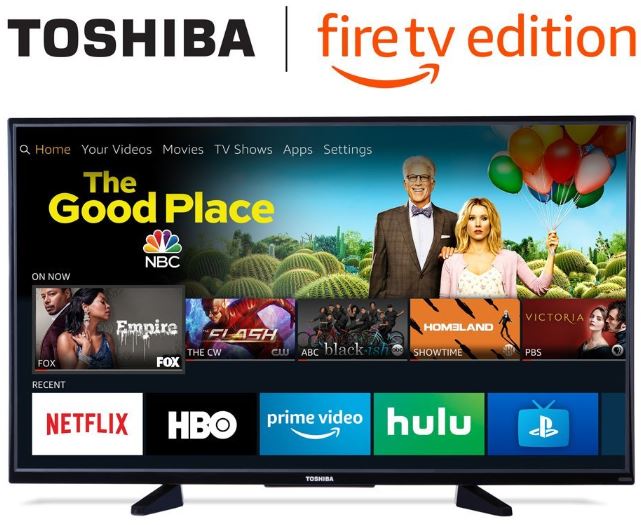 Toshiba 4K UHD Smart TV is a new generation of television featuring the Fire TV experience built-in and including a Voice Remote with Alexa. With true-to-life 4K Ultra HD picture quality and access to all the movies and TV shows you love, Toshiba delivers a superior TV experience that gets smarter everyday.

The Voice Remote with Alexa lets you do everything you’d expect from a remote—plus, easily launch apps, search for titles, play music, switch inputs, control smart home devices, and more, using your voice. Smart but simple in every way. Just plug it in, connect to Wi-Fi, and enjoy.

When you take this TV out of the box, you get a general sense of quality that’s hard to miss. It looks professional, it looks modern, and after you’ve glanced over its features, this panel seems like the price-tag might be missing a zero. You go through the incredibly simple setup process, snapping on the stand.

You plug in the power cord, antenna cable, and pop batteries in the remote. Toshiba asks you to provide your Amazon information, and then their Fire 4K Smart TV starts to scan for channels. And there you are, watching your favorite shows, inside of 20 minutes. You start to wonder, what’s the catch?

Like you might expect, the Toshiba 50-inch Fire TV Edition 4K Ultra HD Smart TV includes a remote. The remote measures 6.4 x 1.5 x 0.8-inches, which is on the smaller side for television remotes. It’s powered by two AAA batteries, which are included. The remote is somewhat minimalistic, which many people will regard as a good thing, but some people will want to keep their universal remote on hand anyway.

The top of the remote features a microphone. Just below that, there’s a voice button you can use to start initiating voice commands to the remote. The rest of the buttons are about what you’d expect. There’s a navigational D-pad, volume buttons, channel guide, menu button, and so forth. The remote also includes buttons for quick-launching Netflix, HBO, PlayStation Vue, and Prime Video. If you use one or more of those services, you’ve got several extra reasons to like the remote.

One thing to note is that essential buttons, like the play/skip buttons, haven’t been made exceptionally large. They’re the same size as somewhat less common keys, like the menu button. Normally that would be a dire sin for a remote, but given the fact there’s only about a dozen buttons to begin with, this remote doesn’t suffer for that decision.

At the heart of this television is build-in Fire TV, which is Amazon’s digital media player. It’s essentially a gateway to thousands of channels and apps, including streaming services and channels like Hulu, SHOWTIME, Netflix, and so forth. Whatever streaming you’re interested in, using them with a Fire TV is a breeze. It supports 4K UHD content, and browsing through the Fire Operating System is fairly simple to do.

The Alexa-enabled voice remote makes things a bit easier still. Paired with an Echo, you can have hands-free control of your TV at any point in your home. You don’t even have to press the voice button on the remote! You can issue commands like “Alexa, switch to Blu-ray.” Even common remote commands, like rewinding, can be done with the right voice prompt.

But note, Alexa support only extends to streaming content, not to content from your cable provider. While their advertising suggests that you’re able to simply command the remote to tune-in to various channels, some of the commands you’re able to issue are actually somewhat restricted. Which brings us to “the catch”, the secret reason why this television is so inexpensive.

Who Should Choose the Toshiba 50 Inch Fire TV? 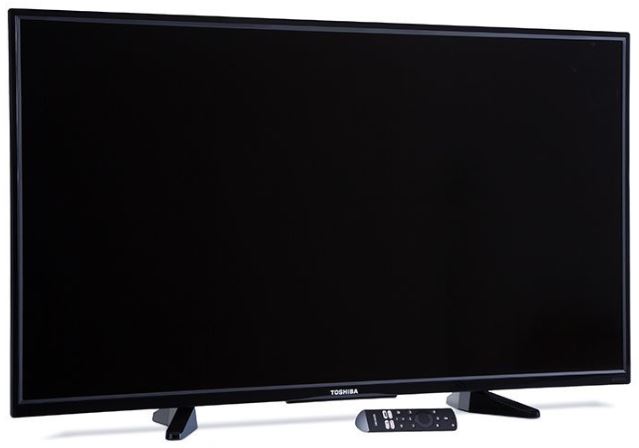 There’s a reason this panel doesn’t cost significantly more than it does, and it’s because of the ads. You probably already know if you’re going to be bothered by that kind of thing, or if it’s something you can deal with. If you can’t live with the ads, and you want all of the same features, you’ll have to increase your budget by about $200.

If you can live with the ads, the Toshiba 50” Fire TV is an excellent pick for a person who’s moving away from cable content. This is first-and-foremost a streaming TV, not a traditional cable TV. Sure, you can run cable through it. But Alexa isn’t going to control your cable box, or help you change cable channels.

This TV is distinctly made for people who are doing most of their content consumption through a streaming service. Few of the convenience features apply to cable, from the remote buttons to the voice control. It’s also an excellent pick for someone who’s already invested in Amazon prime or the Amazon Echo. Being able to integrate all your stuff through one network has advantages that need not be explained. 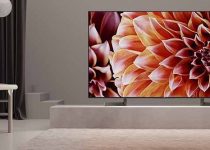 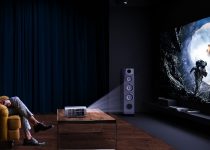 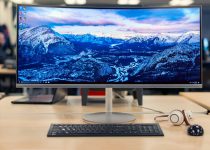