Skip to content
Home
Audio
Tidal Vs Spotify: Which Music Streaming Service is the Best For You

These two devices allows you to stream music, create playlists, download songs for offline listening, and discover new tracks based on your personal taste, among other things. However, there are loads of big and small differences between the two services. To help you decide which streaming service comes out on top in the Tidal vs Spotify battle, we’ve rounded up all the major differences between them. 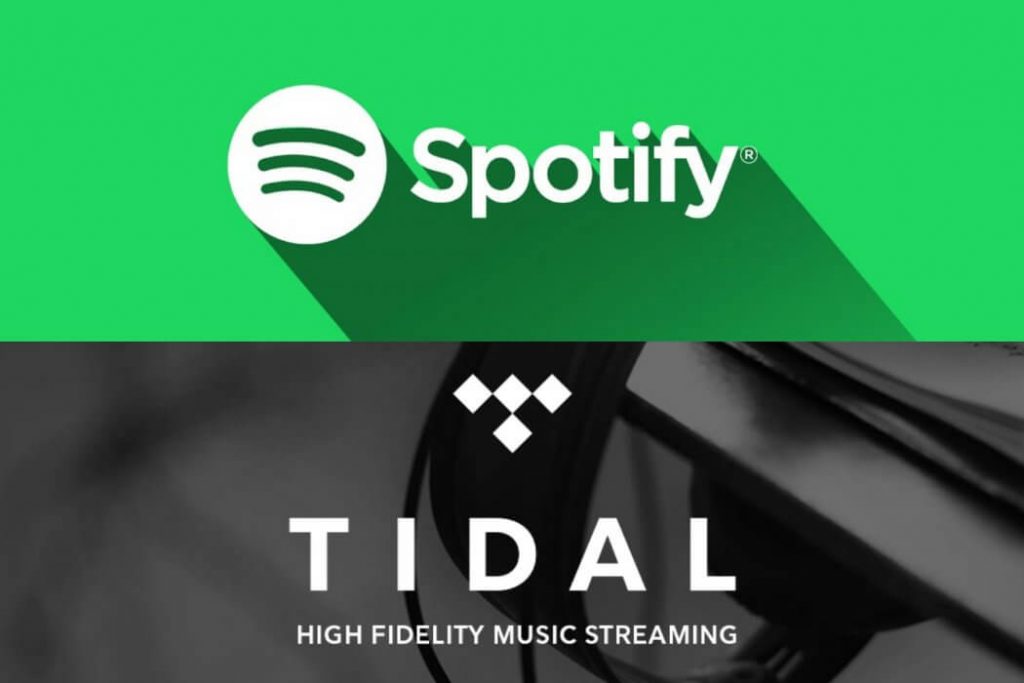 These include everything from audio quality and pricing to music discovery and social features. Let’s dive in.

Tidal Vs Spotify: Choosing Between Spotify and Tidal

Choosing the best music streaming service for your needs can be a little tricky; while streaming is still relatively new in the grand scheme of music-listening, there are so many platforms to choose from these days, two of the biggest being Spotify and Tidal.

Spotify is currently the world’s most popular streaming service, hitting 113 million subscribers in October last year, and continuing to grow; and that’s in spite of mounting competition from the likes of Apple Music.

However Spotify isn’t perfect as a service, and its lossy audio streams have left audiophiles craving a little more fidelity – which is where Tidal comes in.

With a focus on providing Hi-Res Audio at a CD-like level of quality, the platform was acquired in 2015 by hip-hop star Jay-Z, becoming the first major music service to be owned by the artists themselves.

As such, Tidal claims to pay higher royalties than its competitors to artists and songwriters.

It’s not just about ethics and audio quality though; both Spotify and Tidal offer different user experiences, pricing structures, and music catalogs.

Making the best choice for your needs can be confusing, to say the least. Let’s take a look below.

You can get Spotify on Android, iOS, and Windows Phone devices. If you use a laptop or desktop, Spotify also supports OS X and Windows, and there’s a flash-based web player, too.

Support for Tidal is largely the same, so you can get it on devices that run iOS 11 and higher, Android 5 and higher, macOS, and Windows.

Both streaming platforms are also supported by a number of more left-field gadgets, including AV receivers, TVs, and even cars.

Spotify currently boasts over 50 million songs, whereas Tidal claims to have 60 million tracks in its catalog.

Spotify’s strong influx of tracks helped it take off in its early days, and with a reported 40,000 tracks added on average every single day – and it’s showing no signs of slowing down.

The streaming giant has a heavy focus on promoting new tracks and breakthrough artists, through curated playlists like New Music Friday acting as a launchpad for fledgling artists to break through into the big time.

Curated playlists are almost always the first thing you see when you load any version of the app, with the service seemingly designing playlists for almost every musical sub-genre.

These are constantly being updated too, so your favorite ones never grate following extended use.

As we mentioned before, you’ll also find personalized playlists based on your listening habits, which is a fantastic way to discover new music, as well as revisiting some of your favorite tracks.

Some of the artists who are absent from Spotify have close ties to Jay-Z and therefore favor his platform, Tidal.

That means Tidal’s catalog can feel somewhat skewed towards hip-hop and rap artists, though it’s possible that this is down to the platform’s editorial curation of its tracks.

That being said, Tidal does a good job of curating music playlists based on your listening habits, and you’ll find that just a few weeks of use will give its algorithms enough information to serve you truly exciting recommendations.

Aside from these personalized recommendations, Tidal also signposts the most popular playlists and releases on its service, as well as mood-based playlists, and the Tidal Rising section, which flies the flag for new talent. 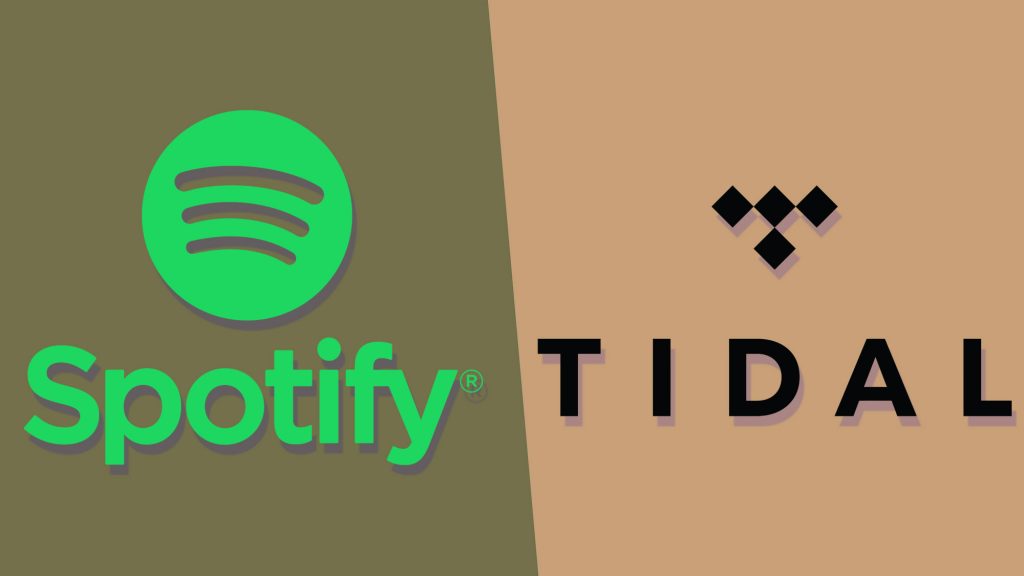 Sound quality is where Tidal has Spotify beat.

Normal is designed to reduce data usage and comes in handy with those on a cellular network with a limited data plan.

The High setting strikes a nice balance between audio quality and data usage by streaming at 320kbps over AAC.

Audio quality tops out at approximately 320kbps (Premium setting), which is the same as Tidal’s High mode.

Spotify doesn’t offer lossless streaming like Tidal, so it’s not the best choice for audiophiles.

Tidal wins this one hand down, but if you’re not a hardcore audiophile, you’ll be happy with streaming at 320kbps on Spotify.

It sounds great and you don’t need expensive headphones to take advantage of the quality.

4. Tidal vs Spotify: Plans and Pricing

Both Spotify and Tidal offer a number of different subscription tiers – but only Spotify offers a free plan (though it is ad-supported and you can’t listen to tracks in the order you want).

The cheapest paid Spotify plan is Spotify Premium, which costs $9.99 / £9.99 / AU$11.99 per month, and gives you unlimited access to its 30 million-plus track library on your laptop, phone, and tablet. Spotify Premium also lets you download tracks to three devices at a time for offline playback.

Discounts are available for students, and you can even get Premium and access to mindfulness app Headspace under one discounted plan. Students get Headspace access as part of their Premium package. 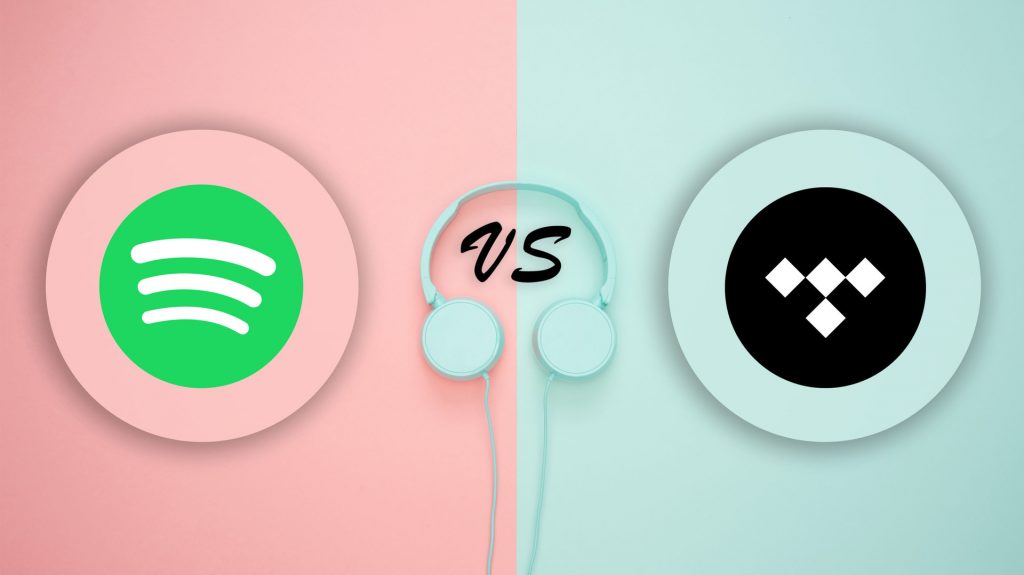 There’s also a family plan available for $14.99 that allows for up to six accounts. Additionally, Spotify has a Premium Duo plan on offer aimed at couples, but that’s available in a limited number of markets for now — the US is not one of them.

If it’s Hi-Res Audio you’re after, you’ll need to shell out for $19.99 / £19.99 / AU$23.99 per month for Tidal HiFi. So, Spotify offers cheaper subscription plans, but it doesn’t provide a higher fidelity tier for audiophiles as Tidal does.

Tidal is a great fit for music aficionados thanks to its exclusive videos, artist interviews, live concerts, and extensive 60 million-plus song catalog.

And audiophiles can upgrade to Tidal’s HiFi plan to enjoy high-resolution music.

But what Tidal offers in exclusivity, Spotify provides in reliability and overall accessibility with its universal compatibility and integrated free version. 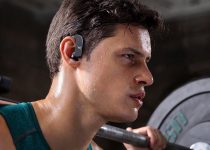 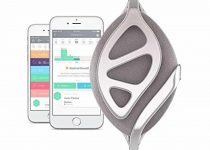 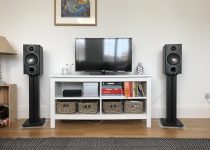