Inside there are two full-range drivers angled for wide, spatial sound, while the centre tweeter specifically focuses on clarifying speech.

This small soundbar stands at just over 2″ (5 cm) tall and can fit just about anywhere. And small LED lights on the front indicate when certain features are enabled.

The Bose TV Speaker actually is the successor of the Bose Solo 5 TV and is basically a more compact version in looks of the Bose Soundbar 500 and Soundbar 700 that we had reviewed some time ago in order to be able to have a more unified lineup with similar designs but obviously with different features and capabilities.

It is an extremely small, single unit soundbar and it is clear that Bose had designed this one with simplicity and easy of use in mind while also taking into account the limiting space many of its users would have.

This Speaker is basically a 2.0 channels design, comes with very basic features like Bluetooth streaming and optional connection to a wired subwoofer and promises to offer some decent upgrade to your TVs audio.

In the end is the soundbar worth it or its extremely small size is having a detrimental effect on its performance? Let’s find out…

Bose is always known for the premium quality materials they use on their products and the Bose TV Speaker could be no exception.

The unit seems to be following very closely the design of the Soundbar 500 but on a smaller scale. It has the same lines, the same design pattern and the same materials used.

The soundbar may not be the smallest we have tested to this day, as this goes to the Sony HT-MT300 that we reviewed recently, but still is one of the smallest designs we had the chance of reviewing.

Keep in mind that there are no up-firing or side-firing drivers here so it’s easy to even place it inside a cabinet or more confined spaces for that matter giving you extreme flexibility.

The Bose TV Speaker is a simple 2.0 channels system with no additional drivers either for Atmos or side-firing woofers for surround activity.

But while the drivers configuration is pretty simple the way that Bose decided to place them is rather unique and we don’t usually see this in a soundbar.

But to be honest with such a short length placing the drivers at each side wouldn’t make a huge difference as they would still be too close to each other to provide any meaningful channel separation.

In terms of connectivity the Bose TV Speaker aims for simplicity so don’t expect anything fancy here.

Looking at the inset at the back of the unit and starting from the left we get a single HDMI input, a Digital Optical input in case your other devices don’t have HDMI ports, an analogue audio stereo input, a USB port that is used only for service and a Bass port for connecting a subwoofer.

With soundbars we are used to get a very limited number of ports but the Bose TV Speaker surprised us by including almost all the basics. It has HDMI along with analogue and digital ports with is definitely a plus.

The HDMI port also supports ARC functionality for those that are interested in it while the optical port is enough for both Dolby Digital and DTS that are supported by the unit.

Next we will see the means of controlling the Bose TV Speaker and to be honest they couldn’t be more simple and straightforward than they are.

Basically the only means of control is the included remote as the soundbar lacks any built-in buttons, mobile app support or voice control functionality so try not to loose it!

The included remote is a tiny one as the soundbar lacks a wide variety of features that would require a bigger remote with more buttons.

It’s made out of plastic and its design is the usual rectangle shaped with slightly rounded corners. The back has a slight curve for better handling but Bose has added on the top of it a straight stand so it will not wobble in a straight surface.

When you consider a soundbar like the Bose TV Speaker simplicity and ease of use are its main points of focus so when it comes to extra features and function the unit is pretty much on the light side so you shouldn’t have very high expectations of it.

This means no support for Dolby TrueHD or DTS-HD Master Audio and obviously no Dolby Atmos or DTS:X.

As always first we need to mention what kind of audio the soundbar supports.

Obviously with its limited hardware you shouldn’t expect much and the unit supports Dolby Digital and DTS with both of them being downmixed to stereo only as the unit has only two channels to work with.

This means no support for Dolby TrueHD or DTS-HD Master Audio and obviously no Dolby Atmos or DTS:X.

We could also use an optical connection but we always prefer the HDMI one. Both are fine for what the soundbar offers so either way is good enough.

After all connections done, and since there are practically no sound options to deal with, we were ready for our testing.

For our first test we opted for the Blu-ray version of Avatar with its included Dolby Digital mix. There is not much to say about the film that has not already been said and we only hope a 4K UHD version will be released at some point in the future to use in our future reviews.

Now the first thing you will immediately sense is that the sound at the front feels more satisfying that what your TV would ever be able to produce.

It certainly had more volume, more clarity and more details and if you consider the size of the soundbar it makes it even the more impressive. Now while there was a certain upgrade at the front of us there are a few things that need to be said.

The sound feels a bit static although you get the occasional extension depending on the content. The soundbar is using an extra tweeter in between the two drivers and this helps a lot with the dialogue even if there is not a dedicated center channel here.

This means that in terms of dialogue driven moments the Bose TV Speaker fared pretty well with clear and defined dialogue even during hectic action scenes.

The Bose TV Speaker is the kind of soundbar that was designed with a specific purpose. To offer a simple and easy to use system to those that have almost no extra space in their TV room but seek some kind of improvement over what their TV can do.

And it seems that in this regard Bose has managed to nail it as the soundbar in review does exactly that.

As we described many times already its single most strong aspect is its simplicity in combination with its compact size.

Can I use Bose speaker with TV?

The Bose TV Speaker is designed for use with almost any TV with an optical audio output (optical cable included) or HDMI-ARC connectivity (HDMI cord sold separately).

How good is Bose TV speaker?

The Bose TV Speaker has a poor surround performance. As it’s a 2.0 setup, it has to downmix surround content into stereo to play it, which doesn’t result in the most accurate or clear representation of objects in the surround image. The result is a less-than-immersive bass-heavy sound

Why won’t my Bose speaker connect to my TV? 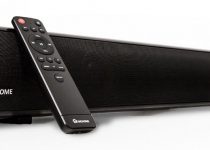 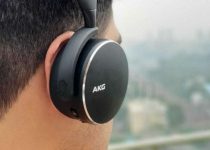 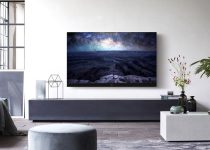