The Technics SL-1500C is an unsuspended, direct turntable. It is designed to sit alongside the SL-1200 models (now a three-strong range of Mk7, 1200GR, and 1200G), using a similar motor assembly but with fewer pro/DJ features. Instead, you get some extra functionality to make it plug and play and more real-world user-friendly.

It certainly feels like a logical addition to the company’s range – not least because the more expensive versions of the 1200 have already been finding themselves in rather more domestic orientated surroundings.

The timing of the SL-1500C’s arrival is also important.

I’ve been predicting the end of the vinyl boom with the same enthusiasm (and general lack of accuracy) that Vince Cable predicts recessions but it does seem at the time of writing (July 2019), that this is finally starting to come to pass.

This doesn’t mean that we’re going to see vinyl vanish from the market again but it does mean that the role of turntable manufacturers moves towards consolidation – persuading those already ‘in’ to move a little further up the chain rather than hoping an endless influx of new arrivals continues.

As such, the SL-1500C looks to be perfectly set to achieve this but like anything else, it’s a balancing act.

Has the convenience blunted the direct-drive brilliance? Does it lose out to more minimalist rivals or, maybe, just maybe, is this a true record player for grown-ups? Let’s crack on.

To most people, the words ‘Technics turntable’ means Technics SL-1210 – but the Technics template was set down long before the company designed The World’s DJ Deck, and it would seem strange were they to mess with the formula now.

It’s not built as a DJ deck, but rather as just a record player, so it doesn’t feature pitch control, target light, stroboscope, or the other ‘hands-on’  bits ‘n’ bobs that make the SL-1210 look such a purposeful machine.

But the SL-1500C has the same hefty aluminum top-plate, the same aluminum-with-complicated-composite chassis, and the same overweight, utterly inert, and resonance-rejecting aluminum platter.

In fact, here the platter’s substantially rubberized to make it even more efficient. And, of course, the SL-1500C is a direct-drive design.

Technics has almost always preferred this technology for its record players (not just its DJ decks), and here it’s using a fearsomely over-engineered motor intended to resistance the restless ‘cogging’ effect that can afflict some direct-drive Technics-wannabee turntables.

It comes supplied with the well-respected Ortofon 2M Red (£95 if bought separately) and is equipped with a built-in phono stage.

There’s even a switchable auto-lift function that takes the stylus off the record once the end of side has been reached.

It takes around ten revolutions for this to kick-in, so don’t worry if it doesn’t happen as soon at the stylus tip reaches the run-out groove.

Technics has been obsessive about the engineering details on the SL-1500C.

That motor is designed to avoid issues such as clogging and the speed control uses techniques first developed for parent company Panasonic’s Blu-ray players to help with stability and accuracy.

The platter is made of aluminium, but damped on the underside with rubber to control resonances.

Even the plinth is more sophisticated than its clean-cut appearance suggests.

It uses a combination of aluminium, ABS and glass fibre to achieve the mix of rigidity and vibration control required to allow the turntable to do its job properly.

There are two finish options, silver and black.

I’m as easily suggestible as the next man, and this is a Technics turntable. So, inevitably, this test kicks off with something of the night about it: Manuel Göttlieb’s E2-E4.

And while the SL-1500C demonstrates plenty of the highly prized vinyl traits of unity, rhythmic precision and timing coherence, it’s the absolute and unarguable control of its low-end response that’s initially most compelling about it.

There’s a rigour to the way the Technics attacks the leading edge of a bass sound and then handles its subsequent decay, which is beyond even the best price-comparable rivals.

The SL-1500C just snaps into low-frequency notes, then gets them off the stage with absolute promptness.

None of this iron-fisted control is at the expense of low-end detail or texture, though – once through Robert Wyatt’s At Last I Am Free reveals the stand-up bass to be full of information.

The Technics, unlike so many decks that over-play the “vinyl is the medium of warmth” card, lets bass notes know who’s boss.

It’s similarly authoritative further up the frequency range. Girl Band’s dizzy Holding Hands With Jamie sounds sweaty and raucous, but it doesn’t ever threaten to run away with itself.

The SL-1500C packs the mid-range with detail, reveals all the character, all the approximate pitch and tone, of singer Dara Kiely, and gives the clattering, horribly cheap-sounding top-end full rein.

It remains composed and organised, describing the straight edges – which are so essential to a recording such as this, if it isn’t going to sound like it’s constantly on the verge of collapse.

Timing coherence? Most certainly. The five-instruments-plus-voice interplay of The Beatles’ Don’t Let Me Down is rendered with complete sympathy and an almost instinctive sense of interaction between musicians.

The Technics handles the multiple strands of Aphex Twin’s Analogue Bubblebath with almost casual efficiency and turns in a performance of elegantly measured pulses.

It’s been a bit of turbulent start for the reimagined Technics brand, but with the SL-1500C it seems the company is beginning to find its line and length.

This isn’t the most out-and-out accomplished turntable you can buy in purely sonic terms, but it’s not far off – and it’s more robustly made, better specified, and has greater cachet than any price-comparable alternative.

QUES: While playing record, the turntable revolves with a gently wavy motion.

Are the stereo connection cable connections to the amplifier or receiver reversed?

Are connections of the head shell’s lead wires to the cartridge terminals correct?
Double-check all connections. 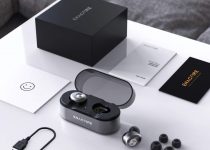 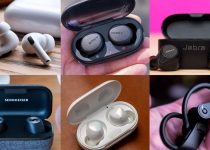 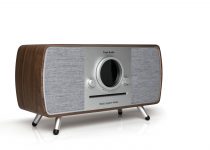