Are you looking to buy a pair of the best Sony headphones? This is the guide for you. Sony has become one of the most popular brands for high-quality audio products. Take a walk with us as we show you some of the Sony Wireless Bluetooth Headphones that You Will Love and Enjoy.

The great news is that even some of Sony’s cheaper headphones are solid choices if you need to buy a pair on a budget.

But that doesn’t mean that all Sony headphones are created equal. For example, we’ve been most impressed by Sony’s over-ear headphones recently. The different models on offer bring outstanding noise cancellation, not to mention stunning levels of audio quality.

What’s more, there’s a new model in the top spot of this guide; the Sony  Wireless Headphones are the follow-up cans to the class-leading XM3s, and they’re quite simply the best headphones you can buy in 2021, hands-down.

While Sony excels in over-ear headphones, it’s becoming a big player in the field of true wireless too. This is good news for music-lovers but makes it harder than ever to pick the best Sony headphones for you.

If you’re considering a pair of the best headphones you can buy right now, read on for our selection of all the Sony cans and buds we’ve reviewed, ranked from our favorites to the ones we’re not so keen on.

The Best Sony Headphones of 2021

The Sony WH-1000XM4 deliver excellent noise-cancellation and surprising sound quality all in a lightweight, comfortable design.

While they don’t look significantly different from their predecessors, the Sony WH-1000XM3, a number of new features including multipoint pairing, DSEE Extreme upscaling, conversational awareness, and auto-play/pause using a built-in sensor all help the WH-1000XM4 claim the title of best headphones in 2021.

By every possible metric, the Sony WH-1000XM4 is a wonderful pair of wireless noise-canceling headphones. They deliver exactly what they promise and then some thanks to their exceptional noise cancellation and cutting-edge codec support.

On top of the adjustments listed above, the Sony WH-1000XM4 support Sony’s 360 Reality Audio format that enables spatial audio on stereo headphones plus the LDAC codec that can send a bitrate of up to 990 kbps.

The unfortunate bit there, though, is that it no longer supports aptX or aptX HD, so your Hi-Res Audio support mileage may vary.

The Sony WH-1000XM3 are our overall favorite headphones, wireless headphones, and noise-canceling headphones two years in a row – and not just because they’re excellent at blocking out environmental noise.

They’re great for audiophiles, thanks to aptX HD and Sony’s LDAC, two of the best ways to listen to Hi-Res Audio, and as they’re wireless, you don’t need to mess around with cumbersome wires.

Weight-wise, the headphones shed about 1 ounce (22 grams) off their predecessors’ design. That might not seem like a big deal, but considering you’ll be wearing these for an extended period of time like, say, a transcontinental flight, every ounce helps.

Arguably the biggest changes to the 1000X are found in the design of the headphones: they’re lighter than the previous model and more form-fitting as well.

The other design change is the new flush fit that changes out the old padding on the bridge for something a bit more cushiony.

This makes the headphones more comfortable but also significantly less dorky when they’re on your head. Sony’s also deepened the earcup and changed out the silver accents on the side of the headphones for a copper tone instead.

Of course, what you’re buying a pair of noise-canceling headphones for is their ability to effectively block out noise. In that arena, there were none better than the 1000XM3 until the XM4 came along.

According to tests done by Sony, the 1000XM3 are four times more effective at canceling noise than the 1000XM2 – an impressive feat considering how well the M2 performed this time last year.

In practice, that claim definitely held true when confronted with both low-frequencies, like the kind you’d find while riding a train or flying in a plane, and in workplace environments where there are higher frequency noises like people talking or music playing.

The WH-1000XM3’s also come with Google Assistant integration, and as of 2019, Amazon Alexa integration, which means you have instant access to a voice assistant wherever you are.

This alongside the stellar noise-cancellation capabilities makes the WH-1000MX3s perfect for commuting, whether you need a pair of cans to get you through your daily journey to work, or a long haul flight.

If you can still find these headphones, the previous generation of Sony’s noise-canceling cans are still brilliant – and you may be able to find them slightly cheaper than the current model, the WH1000-XM3s.

At around the same price as the Bose QC35s, the Sony WH-1000XM2 offer better features, including an ambient noise mode that only lets in mid-to-high frequency tones and Quick Attention mode that allows you to let in all outside noise without taking off the headphones.

The WH-1000XM2 wireless headphones will sound a bit better while using an Android device that supports the aptX HD standard, but even on an iPhone, they’re surprisingly great.

Aside from a few cosmetic changes, the main difference between the two is that the WH-1000XM2s doesn’t come with voice assistant integration – so if that’s important to you, stick to the WH-1000XM3s or the newer XM4s.

We’re pleased to report that the Sony WH-1000XM2 is the exception to the rule.

Despite the fact they’re now a few years old, they’re still a top option for noise-cancelling headphones – even if Sony has upgraded its headphones a few times since.

Like the newer models, they support Hi-Res Audio, and sport features like Quick Attention mode, ambient noise mode (although we did find it can be temperamental), and are very adept when it comes to noise-cancellation.

So, why would you buy the oldest generation of Sony’s noise-canceling cans? Well, you’ll likely find that retailers have cut the prices since the newer models launched, which means you could get yourself a fantastic deal on a still very capable pair of Sony headphones 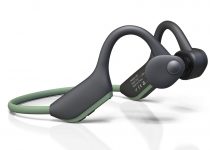 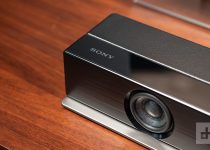 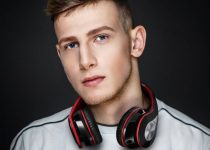