The Sony WF-XB700 is a decently versatile pair of truly wireless in-ears without many extra features. As part of Sony’s ‘XB’ or ‘Extra Bass’ series, they’re designed to provide extra thump and punch in the bass range, but their sound profile is still quite neutral and should suit a range of audio content and music genres.

They have a continuous battery life of roughly 10 hours and come with a charging case, but it only stores one additional charge.

They’re well-built and stable enough for light exercise if you can get a good seal, but their slightly bulky in-ear design may be uncomfortable for some.

They don’t have active noise canceling feature, a companion app, or any sound customization features but should still suit casual listeners who want relatively simple headphones.

The way Sony crafted these earbuds kinda makes them feel a bit more space than other true wireless earbuds it’s produced in the past that have instead tried to be sleek and sporty.

That’s because Sony has usually opted for rounded, oblong buds that look like little beans

The WF-XB700 definitely shares some of its design language with its predecessors, but the outside looks almost like a satellite-esque circular disc.

Around the outer edges of each disc, you’ll find a button: on the left earbud you’ve got the volume up/down, and on the right, you’ve got play/pause and skip.

You can also use them to activate your voice assistant and accept calls, but it’s not super clear right out of the box how to do all that.

If you boil them down to their nuts and bolts, there’s three important parts to these earbuds: the tip that fits in the ear canal, the middle section that houses the drivers and sits inside the ear, and the outer shell that houses the battery.

Battery life is something that most true wireless earbuds tend to struggle with, but they have been getting better as a whole.

Sony claims that you’ll get nine hours of constant playback here, but at a constant output of 75dB as per our objective testing guidelines I only managed to squeeze out 6 hours and 22 minutes before these tapped out.

That should cover your listening for a long commute each way plus a workout, so you shouldn’t have to worry about running out of charge, especially if you store them in the charging case when you’re not using them.

If you’re prone to wear wireless earbuds for more than 6 hours at a time, you might want to look at something like the Samsung Galaxy Buds Plus or the Powerbeats Pro.

The Sony WF-XB700 is the latest addition to Sony’s Extra Bass series of headphones and earbuds and was released in April 2020.

The earbuds were announced alongside the Sony WH-CH710N Noise-Canceling Headphones, and hit shelves around the same time, too.

Compared to other true wireless earbuds, the Sony WF-XB700 is right around the middle of the pack and is actually a bit cheaper than the $139 (£159, AU$239) Apple AirPods that dominates the form factor in terms of sales.

Which one of these earbuds you should go for will likely come down to which mobile operating system you use – as the AirPods do have a few neat tricks for iOS users – and which of the two styles you prefer.

So how do they sound? Well, being part of the Extra Bass series we were worried that they’d sound bloated, muddy, and confined. Thankfully, they’re anything but.

The first thing you’ll notice when listening to them is the bass – it’s definitely present – but it’s done in a way that feels tight and punchy rather than muddy and bloated. The result is music that’s actually pretty fun to listen to… even if it’s not exactly the sound the artist intended.

The downside is that the midrange does take a hit here: Listening to YouTube videos is noticeably quieter across the board than listening to music, and the less-powerful midrange is definitely to blame there.

That doesn’t mean YouTube or Netflix is impossible to listen to, they’re not, but it would be nice if there was a way to change the EQ based on the type of content currently playing – say, through Sony’s Headphones app.

While it’s easy to focus on some of the negatives like the polarizing design, lackluster midrange, and lack of noise cancellation, these earbuds have a lot going for them. Honestly, these are decent Apple AirPods competitors: they’re the right price, have the right sound and even have better battery life.

They aren’t perfect and could even improve with a few simple tweaks like adding aptX support and adding an auto-pause feature to conserve battery life.

The Sony WF-XB700 have a lot to offer. They have a fun, energetic sound quality, feel comfortable during long listening sessions and have an 18-hour combined battery life.

The WF-XB700 is a more affordable alternative to Sony’s popular but expensive WF-1000XM3 earphones. These do not include the active noise-canceling and some of the more advanced features of the WF-1000XM3 but have a more standard feature set with the addition of Extra Bass sound

True wireless earbuds are a dime a dozen, and the Sony WF-1000XM3 makes it easy to justify the cost. The design and comfort are superb, and the connection strength is consistent. While the lack of aptX or LDAC support is a big drawback, DSEE HX processing promotes clear audio nonetheless. 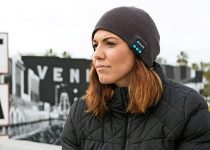 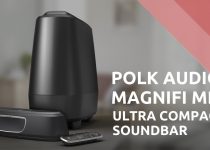