While it may not come with HDR10+, for those of you who are more than satisfied with HDR10 and Dolby Vision, the Sony UBP-X800M2 may just be the best Blu-Ray Player you can upgrade to from the older, original UBP-X800. It provides you with everything ranging from a good sound quality with Dolby Atmos and other sound formats.

This makes  your viewing experience much better it even supports older file formats and disc types, all while providing you with Bluetooth Functionality

The Sony UBP-X800M2 is actually nearly identical to the step-up UBP-X1100ES 4K Ultra HD Blu-ray player that we previously reviewed. With that in mind, most of David Krauss’ detailed impressions apply to this model as well.

That said, there a couple of small differences that set the two models apart, particularly when it comes to wired connection options and custom integration features.

The UHD player Sony UBP-X800M2 entered the market in May 2019 and continues the X800 business, which had many flaws. In the new model, Sony tried to fix the main weaknesses of its predecessor.

The device comes in a classic packaging for Sonya made of thick white cardboard with an image of the player itself and a bunch of logos to emphasize important technologies.

In the kit, depending on the country, you can find not only a remote control and an HDMI cable but also a UHD Blu-ray disc.

A good solution for the Sony X800 was the design of a steel chassis with a frame and beam to minimize vibration from the drive and provide additional electrical shielding.

All this in the new product – a minimalistic square design, which combines a black top made of rough matte plastic and a bottom with a smooth gloss in the middle. Thanks to Sony for not talking about the “fashion” and forsaking the solid black gloss, which is covered with dust, easily scratches and collects fingerprints.

Support for any physical disks – a strong point of X800M2 It can work with CD, SACD, DVD-Audio, DVD, Blu-ray, 3D Blu-ray, and Ultra HD Blu-ray.

From a USB stick or through your home network, the player supports the most popular audio and video formats, including DSD and HEVC audio (.mkv, .mp4, .m4v, .m2ts, .mts).

As for the audio part, it is guaranteed to work with Dolby Atmos, DTS: X and earlier HD audio formats.

UBP-X800M2 understands the three most popular HDR formats (HDR10, HLG, Dolby Vision), which is the main update compared to the X800.

At the same time, there is no HDR10 +, and its support in already released Sony devices is unrealistic due to “political” decisions. However, this format has so far lit up on three dozen disks and it is unclear what will happen in the future.

The basis of the technical stuffing is the CXD90049GG chip (rebranded Mediatek MT8581). The player is equipped with a 4K Upscale zoom function (up to 60p), and proprietary solutions like BRAVIA Mode.

Are you a real music fan and do you have several discs in niche SACD or DVD-Audio formats in your collection? Then you will be satisfied with the X800M2 – it can reproduce them and does it very well for its money.

Everything is read with a bang, and the problem will arise only with SACD-R – the player does not support SACD images, which are popular among content lovers from file hosting and torrents.

The player offers support for Hi-Res (high-resolution audio) via a USB port or from a local network. Supports FLAC, ALAC, DSD 11.2 MHz, and so on. If your library does not contain Hi-Res Audio audio files, then the proprietary DSEE HX scaling technology will come to the rescue.

All of your low-resolution compressed audio files are scaled to near-high resolution. You should not expect a miracle from this decision, but the dynamic range of recordings can really surprise you.

Sony’s third bonus is Bluetooth audio streaming (to the soundbar or headphones). All settings and connections are implemented very simply and conveniently, and in addition, there is the possibility of simultaneous streaming via Bluetooth and HDMI (dual output option).

Thanks to proprietary LDAC technology, you can transfer higher-quality audio over conventional Bluetooth connections without loss.

To test the UBP-X800M2’s disc playback, I sampled a variety of 4K Ultra HD Blu-ray discs and standard Blu-ray discs, including movies like Shazam!, Blade Runner, The Matrix, Hellboy, The Avengers, Wall-E, and more.

Throughout all my testing, the player properly displayed HDR10 content and bit-streamed Dolby Atmos and DTS:X tracks without any issues.

Likewise, Dolby Vision playback came through without any issues (if manually selected for applicable discs). In addition, HD to 4K upscaling was handled well, with great detail and no major artifacts.

Like many Blu-ray players, the device does offer some picture adjustment options when playing SDR and 4K HDR10 (but not Dolby Vision) content.

it’s usually best to let your display handle these kind of adjustments, though, and instead opt for as pure a signal from your Blu-ray player as possible.

That latter fact was especially welcomed since I’ve run into some rather noisy disc drive issues on other 4K players from LG.

After booting the player up for the first time, the unit prompts users to select a language and configure an internet connection. Once connected, the player will download any available updates and then restart.

The main menu interface itself is pretty barebones with simple icons for selecting Disc Playback, USB, Media Servers, or Setup.

Likewise, a second row of icons for Netflix, Prime Video, and YouTube is included as well. Though a pretty sparse selection, it’s still nice to have integrated access to those primary apps.

In general, users connecting the display to a modern 4K HDR display can leave most of these settings on their default selections while making sure that HDR Output is set to Auto.

This player is easy to use and compatible with DVDs and Blu-rays purchased anywhere internationally. … Works On Any TV with HDMI INPUT This is the Region Free version & Will Play DVDs and Blu-rays from any region in the world.

What is the difference between Sony UBP X800 and UBP X700?

The most obvious answer is a premium build — while the X700 looks like something you keep in a motorhome, the X800 more befits a home AV system. The other is that the X800 is a little faster with 4K load times.

Why does my Sony Blu-Ray player keep freezing?

Attempt a power reset to resolve this issue. To perform the power reset, press and hold the POWER button on the front of the Blu-ray Disc® player for 10 seconds. The Blu-ray Disc player should turn off. If it does not turn off, unplug the power cord from the electrical outlet. 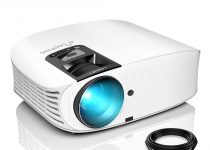 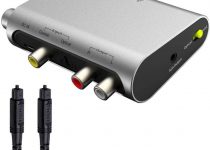 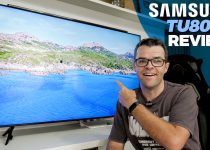