Samsung’s Led TVs are known for their impressive picture quality and gorgeous colors. As part of this Samsung OLED TV Review, you will know that as for sound quality, Samsung is building more speaker drivers into TVs for what it calls Object Tracking Sound.

The TVs analyze scenes and try to make it seem like the sound is coming directly from the source on a screen. Amazing right?

We have taken the liberty to gather some amazing Samson Tvs just incase you are out looking for a television to increase your TV watching experience.

The Samsung Q90T QLED is the best Samsung TV we’ve tested so far. It’s their flagship 4k model from 2020 and is packed with features.

It delivers excellent picture quality and performs well whether you want to use it in bright or dark rooms or even if you have a wide seating arrangement.

The Q90T has an excellent native contrast ratio and good black uniformity that is further improved by its great local dimming feature, allowing it to display deep and inky blacks when viewed in the dark.

Thanks to its ‘Ultra Viewing Angle‘, it improves the viewing angles so that the image remains fairly accurate when viewed from the side, making it a good choice for watching the big game or a show with some family and friends.

It’s also great for watching HDR movies thanks to its wide color gamut and amazing HDR peak brightness, so highlights stand out the way the creator intended.

The best Samsung TV for gaming that we’ve tested so far is the Samsung Q80/Q80T QLED. It’s a lower-end model than the Samsung Q90/Q90T QLED but has many of the same gaming features for a lower cost.

It provides amazing gaming performance thanks to its 120Hz panel, FreeSync support, and G-SYNC compatibility.

In terms of picture quality, the Q80T is a great choice whether you’re watching in bright or dark rooms.

It has a VA panel, and even though it has a lower contrast ratio than most VA panels due to the ‘Ultra Viewing Angle’ layer, it still displays deep blacks and has a decent local dimming feature that further deepens any blacks.

It also gets bright enough to combat glare and has outstanding reflection handling if you want to use it in a well-lit environment.

Unfortunately, our unit has some dirty screen effect in the center, which could get distracting during sports, but this may vary between units.

Note that the 49 and 50-inch variants of the Q80T are expected to have worse gaming performance than the 55-inch model we tested because they’re limited to a 60Hz panel and lack VRR support.

All things considered, it’s an excellent gaming TV that’s cheaper than the Q90T.

The best Samsung TV in the budget category that we’ve tested is the Samsung TU8000. It has an excellent design with thin borders on all sides, and its slim profile means it doesn’t stick out when wall-mounted.

Like most Samsung TVs, it has a VA panel with a high contrast ratio to produce deep blacks, making it ideal for dark room viewing.

However, visibility might be an issue in well-lit rooms because it doesn’t get very bright.

The viewing angles are narrow, which means that images look washed out when viewed from the side, so it isn’t the best for wide seating areas.

It runs on Tizen OS just like all other Samsung TVs, but it doesn’t operate as smoothly as higher-end models.

The picture quality is decent. It displays lower-resolution content well without any artifacts, great for watching content from cable boxes or DVDs.

Unfortunately, it can’t display a wide color gamut for HDR content and doesn’t get bright enough to deliver a true HDR experience.

Compared to Other Brands

Generally, Samsung TVs won’t be the very best for a single specific usage. They instead tend to be very versatile TVs that’ll do well in a wide variety of uses.

Samsung TVs, especially the lower-end options, don’t have stellar build quality. A lot of plastic is used, and it isn’t unusual for some parts of the TV to come off after some use.

In the infancy of smart TVs, Samsung was the leader in functionality and smart features.

This isn’t to say that they were very good, as it took quite a few years for Smart TV platforms to mature into something comparable to external set-top boxes.

However, other companies have caught up to Samsung and offer similar all-around performance, like Roku TV or LG’s WebOS.

Samsung has been constantly updating their Tizen platform to make sure it competes with its competitors.

In 2017, they added voice capabilities to their remote and smart platform, making it easier to navigate through menus.

The 2020 update featured a new, sleeker look with a ‘Dark Mode’ that isn’t as bright as the white theme in the 2019 and older versions.

The Samsung smart remote included with the high-end QLED series is excellent.

It’s very comfortable to hold and features craftsmanship unlike anything else currently on the market.

The controls are intuitive and straightforward, and it’s easy to pair with the TV and other devices.

You may notice that current Samsung TVs have done away with expansive controls like advanced playback buttons and number keys, although some entry-level models still come with more basic remotes that have number keys.

This is in line with their initiative from a few years ago and other remotes like the ones found with Roku TVs. 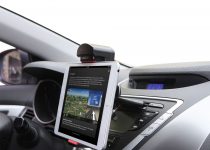 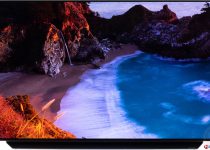