The Polk MagniFi Mini is proof that size doesn’t always matter, even when it comes to soundbars. It’s so dinky it looks more like a wireless Bluetooth speaker than something you’d put in a home theater setup, but if you close your eyes and listen you’d think it was three times as wide. It’s that good.

For such a small home theater, the Polk Audio Magnifi Mini Soundbar has some big sound. It accomplishes this by shrinking 6 speakers into the Bluetooth speaker.

Four speakers are 2.25-inch drivers, and the remaining two are 0.5-inch tweeters. The sound quality was good when it came to bass, lows, and highs, but one misstep was with treble.

One misstep was treble. It felt a bit on the weaker side; bass oftentimes overpowered treble. It could’ve been better with a small adjustment.

We liked Night Mode in particular, as it allowed us to continue enjoying the performance without disturbing others.

Getting the Polk Audio MagniFi Mini, too, is relatively painless if you don’t forget to plug in the HDMI cable as I did for like, half an hour. Oops.

In this way, it’s not that unlike other soundbars, and how easy setup is will be somewhat dependent on your setup.

You can connect the Polk Audio MagniFi Mini to your television through HDMI ARC (Audio Return Channel), Optical (S/PDIF), or an auxiliary connection. How it works will also be somewhat dependent on this decision.

If you connect over HDMI ARC, you’ll be able to control the basic volume of your setup with your regular TV remote, while those with more flexible universal remotes, like Logitech’s renowned Harmony line, will find the other options equally painless.

All in all, though, you’re looking at three cables in all, two of which are power cables.

The Design and Build

Inch for inch, it packs a lot into a small space. It includes two 0.5-inch tweeters and four 2.25-inch drivers; by comparison, the JBL Boost TV has just two 2-inch drivers.

Creative sells a separate $150 subwoofer for the iRoar, while the Boost TV doesn’t support a subwoofer.

The MagniFi Mini offers several ways to connect, both wired and wireless.

It has one HDMI input, which requires an HDMI ARC (audio return channel) connection, and digital optical audio input. Both of those support 5.1 audio.

It also has a 3.5mm analog input as well as an Ethernet port to connect to your network. For wireless music playback, you can choose Bluetooth audio or Google Cast over Wi-Fi.

The remote includes the essential functions, such as power and volume, as well as buttons to switch among sound modes and inputs.

Alternatively, you may be able to program your existing remote to control it. There are also controls on top of the speaker.

We plug in the optical cable and put on Interstellar, skipping to the point where Dr. Joseph Cooper (Matthew McConaughey) detaches himself from the spacecraft and falls into the black hole.

The soundbar’s side-firing drivers provide a spacious sound, stretching the soundtrack out to fill our medium-sized testing room.

It’s pretty competent around the treble too – when listening to Isn’t She Lovely on Stevie Wonder’s Live At Last Blu-ray, the high-pitched harmonica comes across clearly without sounding too bright or brittle.

And there’s no doubting the agility of the MagniFi Mini. Changing to some White Denim over Bluetooth, the soundbar can keep up with the speed and bounce of the guitars in tracks like At Night In Dreams and Distant Relative Salute.

There’s also a decent amount of bass, courtesy of the subwoofer.

The horns (known as Zimmer Horns by movie buffs because of how frequently they appear in Hans Zimmer’s scores) are prominent enough, but need to be tighter.

And there are also other improvements needed: there’s not quite enough sophistication in the midrange, and it can end up sounding congested.

Vocals that should feel wide and open, such as Colin Farrell’s rendition of East Wind on the Saving Mr Banks soundtrack, sound closed-in.

The arrogant verbal shrug in the climax of Kanye West’s Power is lacking and a little lost, showing the MagniFi Mini could do with more insight across the board.

Though the Polk Audio MagniFi Mini sound quality won’t set any new standards, Polk has managed to pack in an impressive number of connections.

On the wireless side, it has both Bluetooth, wi-fi, and the surprising bonus of built-in Google Chromecast – so you’re able to stream audio from your smartphone or tablet via Spotify, Tidal, or other compatible apps.

Round the back there’s an ethernet port, HDMI and USB inputs, an optical input and a 3.5mm connection.

A string of LEDs light up on the Mini’s face to let you know which source is playing.

They’re also used to signify volume, bass, and centre channel levels – the last two being managed by the ‘Bass’ and ‘Voice’ buttons on the remote.

The MagniFi Mini gives you scope to adjust your audio for any occasion, with a variety of DSP settings including Music, Movie, Sports, and Night Mode.

Music is the default, while the Movie and Sports modes alter the amount of bass and midrange power coming from the soundbar.

Settings can either be adjusted on the soundbar or the remote, which is pretty nice to use.

Its main symbols are raised slightly so you get a better idea of what you’re pressing in a dark room, and there are explicitly marked buttons for different sources rather than an all-in-one source button.

The only addition we would like to see is a dedicated button for Bluetooth connectivity and pairing, which unfortunately can be done only on the soundbar.

I do hope the following frequently asked questions will be of great help to you.

QUES: What are the measurements for the subwoofer?

QUES: Can I add speakers to Polk MagniFi Mini

ANS: No you cannot add any more. Actually you don’t need. The 2 speakers have enough power to shake your house!

QUES: Can the subwoofer connect to a different sound bar wirelessly and if so how?

ANS: No.. it’s paired with the bar

Kindly share this article if you found it interesting while reading. 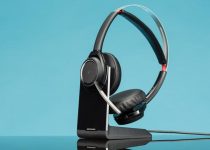 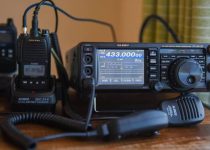 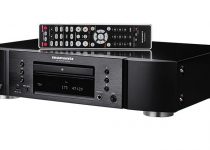