Panasonic SDZA Series SD Card: In this review, we’re going to be taking a look at the newly-released Panasonic SDZA Series SD Card. It’s the kind of storage device that is geared toward professionals, creators, and those who are looking to store huge amounts of data at very fast speeds. We’re going to be looking at the efficiency, the speed rating, the layout of the card itself, as well as any special features that set this heavy-duty storage device apart from others. 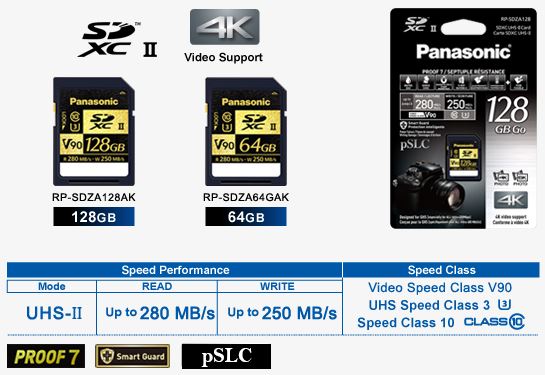 The Panasonic SDZA Series SD Card isn’t really any different from a typical memory card when it comes to its appearance. It has the familiar shape of even an 8GB or 16GB card, a lock function, and comes in a relaxed navy blue color.

On the label, we found technical information like the read and write speed, the total amount of storage, as well as the Panasonic logo printed against a gold and black background. On the one hand, we felt that the darker plastic shell could make the card easier to lose because it isn’t very eye-catching.

However, we also saw it as a positive, since the seemingly basic layout might be a deterrent against theft. Until you read the actual sticker, the card just looks like any old storage device.

The Panasonic SDZA Series SD Card is a UHS-II SDXC memory device, which refers to its extremely high-speed rating. Speed ratings measure the maximum transfer speed when it comes to reading and writing images, and is possibly one of the most important parts of a storage device depending on how you use it.

Fast write speed is especially relevant for photographers because it will allow them to work faster without having to wait for their images to be written to the card.

Slower cards usually create some lag time between shots which can be problematic for taking burst photos because the card is struggling to keep up. 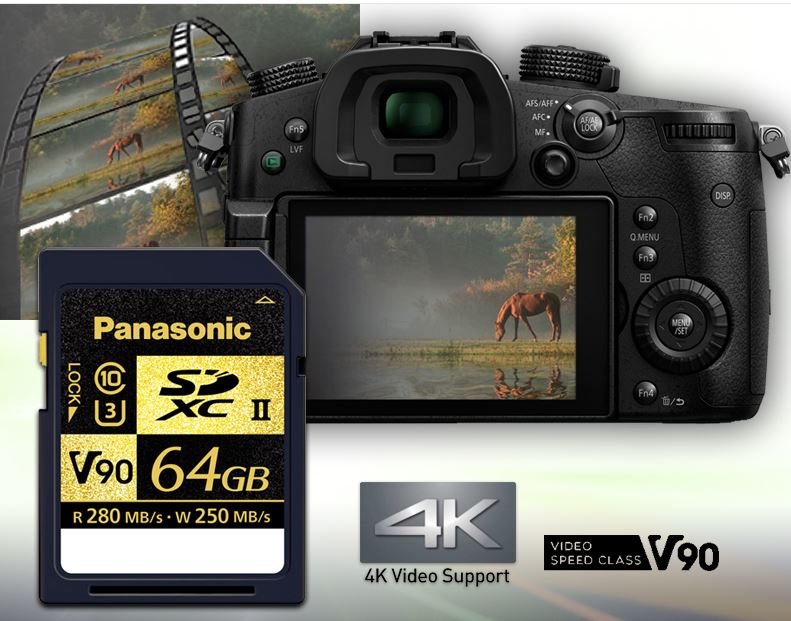 The Panasonic SDZA Series SD Card is water-resistant, shockproof, magnet and x-ray-resistant, and can withstand electromagnetic interference. It can also still perform at extreme temperatures.

These protective capabilities add a level of versatility and reliability to the card, insofar as that it makes the device ready to be used in nearly any condition.

This makes it especially useful for traveling, or even for a wildlife photographer that might be doing most of their shooting outdoors.

The Panasonic SDZA Series SD Card has a video speed class of V90.

Needless to say, you’ll be very pleased with your video recording with a speed this high, but also might not need this much power in one memory card. For those that don’t know, video speed class or “V-Class” refers to cards that can handle extremely high video resolutions and newer, more complex recording styles.

Much like read and write speed, V-Class is also recorded in megabytes per second and is a measurement of the minimum sustained performance rate for recording video

The Panasonic SDZA Series SD Card is both UHS Class 3 and UHS Class 10 compatible. The UHS Class on a memory card describes the minimum speed that the card can write while still recording a certain resolution.

Speed Class is an especially important consideration when attempting to store a steady stream of data, especially video files. 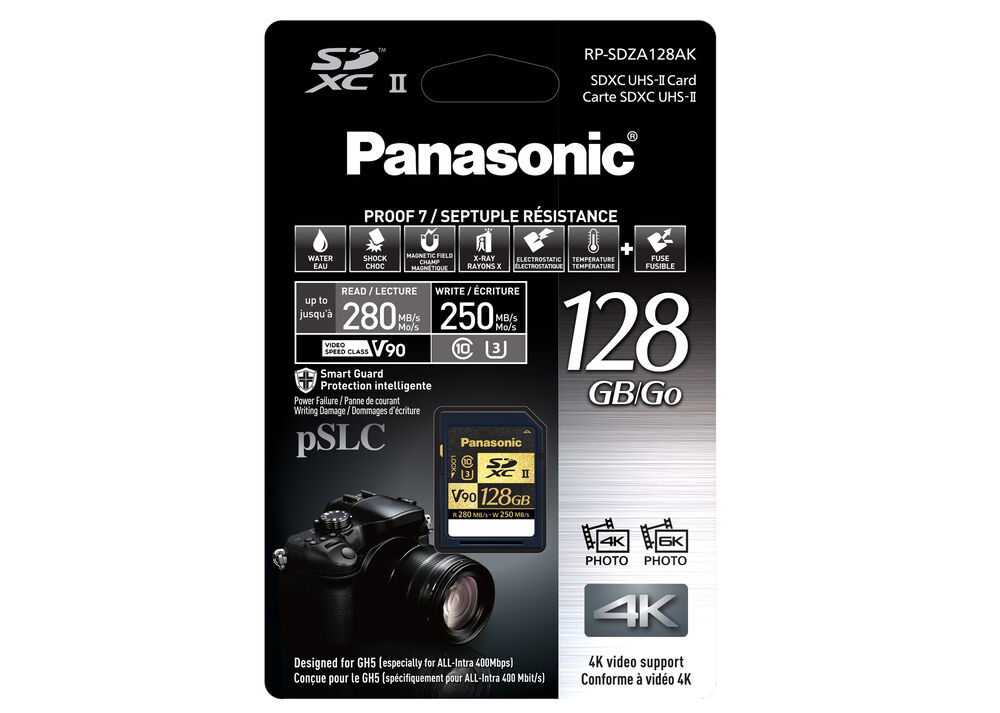 While the Panasonic SDZA Series SD Card is among some of the fastest, most efficient storage devices on the market, it helps to know what works best with your existing gear, especially since cards of this quality aren’t cheap.

Panasonic’s recommendation to use it with their GH5 gives you a pretty good idea of the kind of equipment you would already need to own to get the most out of a card like this. 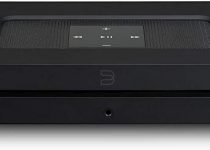 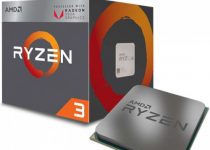 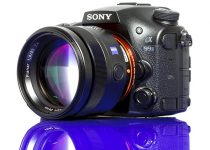