The Ortofon 2M Blue is an evolution and an update of Ortofon’s best-selling OM Series of Moving Magnet cartridges. The 2M body, generator, and stylus profile have all been greatly improved and this great budget cartridge integrates 21st-century technology in an affordable package.

The 2M series of cartridges feature Ortofon’s trademark split pole pins, an invention that enables moving magnet cartridges to have a flat frequency response, as with a moving coil cartridge. Split pole pins were invented by Ortofon, and were originally presented in the 500 series and OM Superseries

Ortofon is one of the world leader’s in the development and manufacturing of turntable cartridges. The wealth of knowledge and expertise at Ortofon has been accumulating since 1918 with their first moving coil cartridge manufactured in 1948.

First, in the range, are the Red cartridges which deliver open, dynamic sound with a slight touch of warmth. Next, the Blue Cartridges offer greater dynamic soundstages with improved detail and resolution.

Following on, the Bronze cartridges improve the details in a way that pays respects to all elements of the track. Lastly, the Black cartridges are the best at everything. They are true to the groove with resolution and accurate insight into each recording.

Ortofon have made their cartridges suitable for the majority of turntables on the market at the moment. With a wide range of available models, there is an Ortofon cartridge to suit everyone.

Ortofon’s 2M Blue is a step-up from the 2M Red, featuring a nude elliptical diamond which retains a close resemblance to the original cutting stylus used to create master records.

Ortofon chooses to use a nude diamond starting from the Blue range as this offers greater transient reproduction and reduced mass in the tip of the stylus. These minor changes improve the resolution of the audio reproduction with greater dynamics and a more open soundstage.

Each of the 2M Series cartridges has its own individual sonic expression, and all five models together represent the ensemble of five classic variations. The 2M Blue adds more dynamics and resolution, sounds more open, and reproduces more details compared to the 2M Red model.

The Story Behind the 2M Series

The 2M Series was developed in conjunction with the Danish designer Moeller Jensen Design. Inspired by the facets of a diamond, whose contours gracefully trace the grooves on a record’s surface, the 2M’s handsome elegance establishes a great combination of form and functionality.

Of course, the 2M isn’t just another pretty face. It has been engineered to the highest standards and is congruent with Ortofon’s unrelenting commitment to providing the most precise and accurate reproduction possible without coloration.

The name “2M” was chosen as it represents the abbreviation for moving magnet, MM.

The four-model 2M line was originally introduced in 2008, and since then the range has been extended to include True-mono models 2M MONO and 78.

Also available are models with expanded mounting options, such as Verso for bottom mount headshells and PnP for direct mounting on arms with universal mount.

Physically 2M styli will fit on alternative 2M cartridges bodies, but 2M Series cartridges’ engines, coils and magnets configurations are not quite identical: Red and Blue are identical, so are the Bronze and Black and so are the true mono variants 2M Mono and 2M 78.

With proper care, Ortofon finds that up to 1,000 hours is possible without degradation of performance. The stylus does begin to exhibit changes after 1,000 hours, but the stylus life as a whole is expected to top 2,000 hours. Proper care is comprised of the following:

The 2M Blue, blue our previews cart out of the water in terms of clarity, detail and richness. (see what we did there). The detail is superb, we heard little nuances we missed with the lower end cart that was on the turntable previously.

Depending on what you come from you will likely notice more filling highs and lows than many entry-level carts on the market. If we had to describe the 2M Blue concisely, we would say rich, full-bodied sound.

It picks up so much more detail with its nude elliptical diamond than many similarly priced carts. Priced well below it’s performance at around $230, we truly do think it may be the best value in vinyl. This is the cart I would recommend for a serious hobbyist or even Hifi enthusiast.

Is Ortofon 2M Blue worth it?

The Ortofon 2M Red and Ortofon 2M Blue are both very good cartridges. But they both sound quite different from one another, as you can notice subtle (and not-so-subtle) changes in the sound between the Red and Blue. There is also a difference in price.

Is the ortofon blue better than red?

The cartridge body on both models are exactly the same; the difference lies in the stylus. The 2M Red is a standard tipped elliptical diamond stylus, whereas the 2M Blue is a nude elliptical stylus. … I’ve always been a big fan of the 2M Red, as the frequency response is impressive for a moving magnet cartridge.

At 1100 hours for a bonded elliptical stylus, you are looking at replacing it sooner rather than later. Ortofon themselves estimate stylus life as ~1000 hours with no noticeable loss of performance, after which the stylus starts to lose performance until about ~2000 hours when it’s at the end of its life 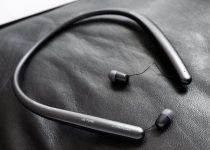 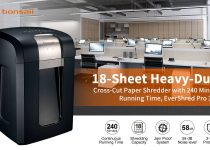