The A15s model from OPPO offers a quality visual experience teamed with impressive cameras on the front and the rear side.

The budget device ensures great gaming and multitasking experience with its MediaTek Helio P35 chipset and 4GB RAM. Coming to the battery, the Oppo device is packed with a 4230mAh power source offering decent working hours.

OPPO A15s Details Everything You Should Know

You can definitely rely on the smartphone to get your daily operations streamlined and capture beautiful images as well.

The smartphone flaunts a slim body with a square-shaped camera module on the rear along with a fingerprint scanner. On the right side, the device equips volume control buttons and power on/off buttons.

The screen with a 20:9 aspect ratio features a waterdrop notch that houses the selfie camera.

The Oppo A15 comes with an ostensible triple camera setup, featuring a primary 13-megapixel lens supported by a 2-megapixel macro and a 2-megapixel depth sensor.

This is a familiar set up for the budget class – and, once again, the presence of that low-megapixel macro is hard to justify.

Extreme close-ups look so grainy and ugly that we doubt many will use the Macro mode after their initial attempt.

Either way, the onus here is wholly for that main sensor to come good. In general, evenly lit conditions, the results are just about acceptable given the low price tag. There’s a reasonable balance to shots, with Oppo’s customary natural color science.

With a price tag of £120, we wouldn’t expect the Oppo A15 to be an outstanding performer. But if there’s a certain minimum standard you’d expect from a smartphone, the A15 only barely meets it.

The culprit is the humble MediaTek MT6765 CPU, with a paltry 3GB of RAM supporting it. A Geekbench 5 multicore score of 930 is very low, even when compared to other budget phones.

he Oppo A15 is powered by a 4230mAh battery, which is ample for a phone at this end of the market.

You’re unlikely to be indulging in hours of gaming given that humble processor, and even if you’re a total video-streaming hound, the 720p output shouldn’t prove too taxing.

In moderate use, you’ll comfortably get through a full day on a single charge, and quite possibly through to a second. Media will take an extra chunk out of your battery life, but not as much as you might expect.

An hour of Netflix streaming with the screen set to full brightness sapped between 5% and 8% in our tests – which is weirdly variable, but generally pretty strong.

You Should Buy The OPPO A15s if

– YOU HAVE A STRICT BUDGET

The main reason for buying the Oppo A15 is that you’re either unwilling or unable to spend more than £120 on your next phone.

Most so-called budget phones come in between £150 and £250 brand new, which is a considerable bump percentage-wise.

– YOU WANT A NO-NONSENSE PHONE THAT LAST?

Saving money is all well and good, but if you want to ensure that your cheap phone lasts through the day, the Oppo A15 is a fair bet.

– YOU WANT A LARGE BRIGHT DISPLAY?

Super-cheap phones tend to come with relatively small and dim displays. This isn’t the case with the Oppo A15s, which comes with a large 6.5-inch screen that gets plenty bright.

While you may not expect a blistering pace from a cheap phone, the Oppo A15 is slow by anyone’s standards. Its low-end processor leads to numerous pauses and delays, and high-end 3D games don’t run well.

That screen might be big and bright, but that only serves to highlight its meager 720p/HD+ resolution. You won’t be getting those Netflix videos at their best with the Oppo A15.

– YOU WANT A STRONG FLEXIBLE A CAMERA

Even at this end of the market, it’s possible to get a flexible camera system with ultra-wide options.

The Oppo A15 comes with only one genuine camera, and it isn’t what you’d call a cracker – especially in low light. 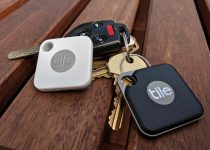 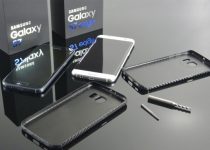 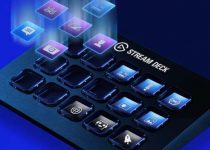