Nucam is a medium size camera to hang most of the images. The device looks like a vintage-cum-modern photo frame with black corner design. You can place it on the table, on top of the shelf, or hang it on the wall 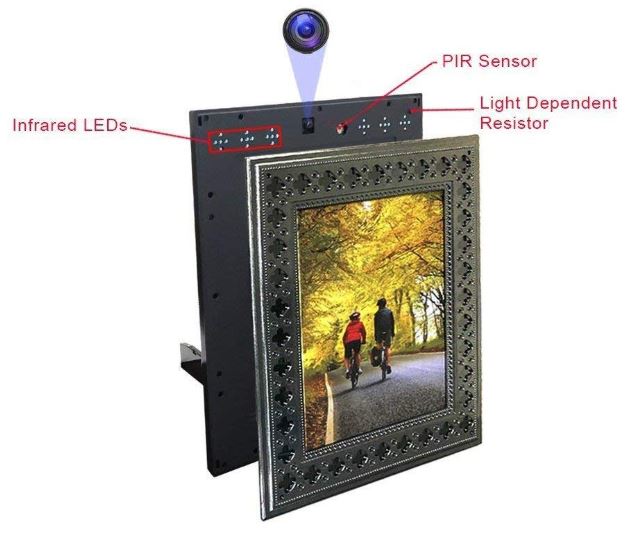 It is equipped with a 720P HD camera and a good wide angle to give a complete view of 20 feet in and around. Further,it has no glow night vision IR lights.

We tested and found the LEDs are completely invisible and give a crystal clear video even in complete darkness.  What we like more about the device was complete cord free operation.

You have to connect it to your home Wi-Fi and instantly start viewing from your smart phone using the app. The device also has premium PIR motion detection sensors.

On detecting a real human motion, the device alerts you and send a short 10-60 seconds video recording.

The NuCam Photo Frame Hidden Spy Camera measures 7.8 x 9.8 inches, making it a fairly average sized photo frame. The sort you might see positioned on walls or desks in homes all across the country.

Even with all the extra electronic stuff packed inside, this frame still only weighs about a pound and a half.

So it’s not tough to hang by any stretch of the imagination. In fact, the backside has a built-in space to hang against a screw.

In terms of its subtly, the frame has some ornate latticing patterns along the edge.

Even if you look closely at the frame and start examining the photo, the lens doesn’t leap out at you.

The Yieye WiFi Photo Frame was constructed with Wi-Fi capabilities.

That means you don’t need to micromanage a storage card to get your data, adding or removing the photo frame from your wall. Which is great, especially for people who plan on hanging the frame up somewhere high.

With the support of Wi-Fi, it’s possible to control everything from your smartphone or tablet, and not have to pull the frame down to do it.

In order to make that happen, the PIR motion detector serves to send an alert and start recording the moment it detects motion.

From there, NuCam’s app sends an alert to your phone and then records a clip. And the Wi-Fi connectivity is essential to ensuring you can get notifications as needed. 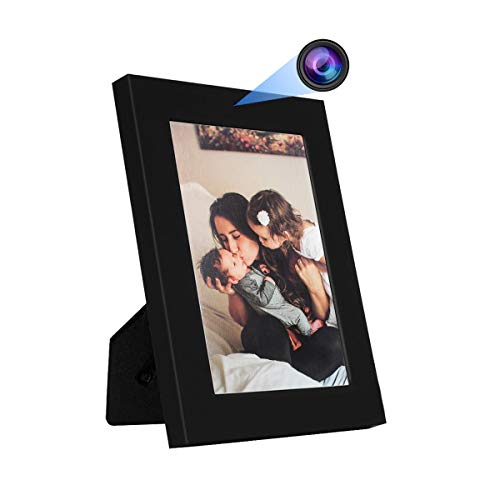 The Yieye Photo Frame captures your content in 720p. High enough of a resolution that you can see things in detail, but low enough that you can still place a lot of video onto a single drive.

It would’ve been nice to have 1080p support, but it’s honestly not necessary for this particular type of capture.

What’s more important is that the lens was constructed with reasonably good night vision.

It’s intended to provide about 20 feet of visibility into the darkness, and it does pretty well for that distance.

Anything beyond that and you really lose sight of everything. But for indoor installations, that should provide much of a practical barrier.

When there’s been no more motion for about 10 seconds, the camera will go back to sleep until motion occurs again. If motion continues for 61 seconds, you’ll end up with two separate files.

But they’re named sequentially, so it’s easy to navigate them. Additionally, content is recorded alongside a date/time watermark. 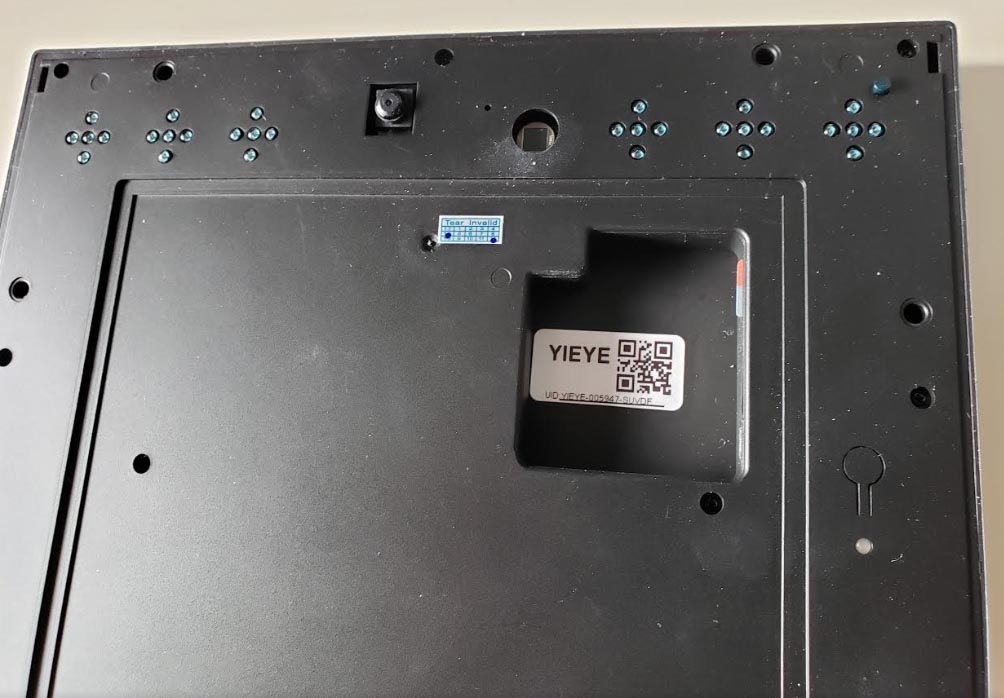 Often times, one of the most troublesome aspects of a hidden spy camera like the NuCam Yieye is having to micromanage the battery.

Because even when you’re getting a reasonably good spy camera, it’s not uncommon for its battery lifespan to cap out around three or four weeks. Especially if you’re actually making use of the camera on a somewhat frequent basis.

The NuCam Yieye WiFi frame was made with a surprisingly large 10000mAh rechargeable battery.

That’s actually comparable to the kind of battery you’d find inside of a tablet or laptop. Pretty bulky, which contributes quite a bit to the total weight of this frame.

Fortunately, they’ve placed that weight evenly inside of the device, so it doesn’t cause the frame to tilt when hung. Even though these are small details, small details are what counts for a stealthy device like this. 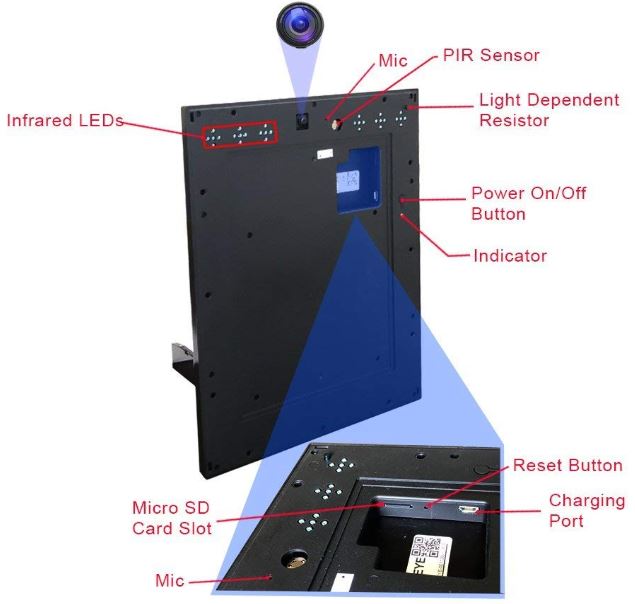 Content is saved to a MicroSD card, which can be accessed and downloaded through any device you connect alongside their app.

Since the NuCam Yieye records content in 720p, you don’t tear through storage space.

This kit includes a 16GB micro SD card, which ought to be able to provide several days’ worth of continuous storage.

So you basically don’t need to micromanage the storage card any more than you need to spend time thinking about the battery. 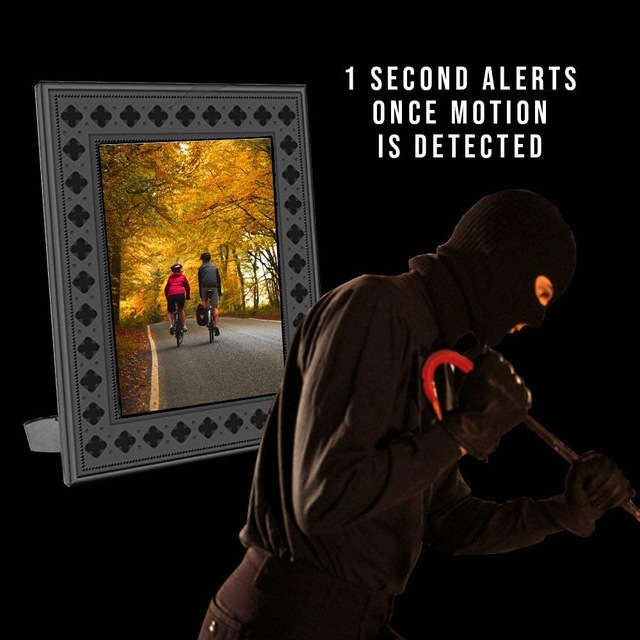 NuCam has two setup videos you can watch if you need a little extra help managing the Wi-Fi setup process.

But it’s a pretty straightforward process for people who are used to connecting devices to a Wi-Fi network. Keep in mind, the Wi-Fi connection needs to take place over the 2.4G band.

This frame does not support a connection to 5G wireless.

The NuCam app supports both Android and iOS devices, so you generally won’t have to worry about compatibility issues. Though if you plan on using an obscure OS, you could encounter a few problems. 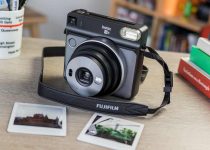 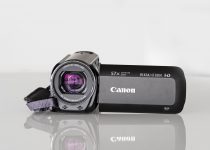 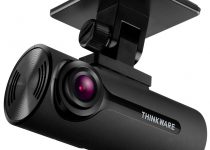