When it comes to CD players, few manufacturers come close to matching the Marantz cd6006 track record. The company has always been a strong force, but in recent years it has made them the more affordable end of the market its own by producing a long series of class-leading machines.

The Best Made Better

The standard CD6006 is already a multi-award-winning CD player, so improving upon it is no easy task – but that’s exactly what Marantz has done with this ‘turbo-charged UK Edition.

Upgrading critical components, such as ELNA capacitors, take the CD6006 UK Edition’s sound quality to the next level.

These sonic enhancements give the CD6006 UK Edition greater resolution and precision, making it one of the very best-sounding CD players in its class.

The UK Edition is a specially tweaked version of the CD6006; one that replaces the original in the UK and that will be sold as a premium alternative in other markets alongside the basic 6006.

Marantz has a similar upgrade for the partnering PM6006 amplifier in the pipeline.

Those familiar with the standard (and. let’s not forget. Award-winning) CD6006 may well look at this player and wonder if anything has changed.

Take the UK Edition badge off the new one and they’re identical from the outside.

That’s no bad thing – we’ve long praised the player’s solid build and smart finish. The controls work with precision and the transport is commendably quiet.

There are machines that cost hundreds more that don’t feel this good to use.

Once connected, your portable device will use Marantz’s high-quality digital processing, so improving its sound too.

The stereo imaging is stable and precise while the player’s tonality doesn’t stray far from the slightly rounded balance Marantz’s products have long had.

This new one has a touch more brilliance at the top end, which is enough to add more bite, but not so much that poor or aggressive recordings become wearing.

The features set is much as we’d expect from a player at this level.

There are optical and coax digital outputs alongside the standard RCA single-ended analog feed.

Look around the front and you’ll find a clear display and a simple button layout.

Marantz isn’t particularly forthcoming regarding the internal differences between the standard and UK Edition, but we know they center on improvements to the power supply of the digital-to-analog circuitry and upgrades to the analog output stage.

The company has built a great reputation on the ability to tweak its products by improving component quality and this player shows that with specially selected ELNA capacitors used in sound-critical places – the intent being to improve dynamics and sound staging in particular.

Get More From Your Headphones With Dedicated Output

If you use headphones for listening to your CDs then you’ll love the CD6006 UK Edition.

Featuring a dedicated, discrete headphone amplifier, you get low noise, dynamic sound from your headphones.

A separate volume gain control makes it easy to get the exact level you want.

The dedicated amp makes it suitable for a wide range of headphones and promises superior sound quality over your smartphone or tablet.

You can as well BUY HERE

What is Our Final Verdict?

So it’s a case of “meet the new boss – mildly upgraded and consequently appreciably better than the old boss”.

A price-hike is always a risky gambit, but in the case of the Marantz CD6006, it’s a punt that has paid off handsomely.

As you have observed, this is the end, and we hope that you have decided whether or not to purchase the Marantz cd6006, it is a really amazing device that looks easy to control and will give you maximum satisfaction.

If you enjoyed this article please hit the Share Button. 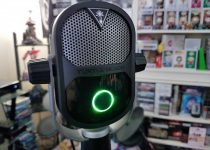 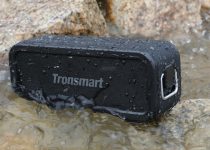