LG BP350 is more feature-filled than most other Blu-ray players in the same price range. This budget player has built-in Wi-Fi so you can stream online video from services like Netflix, Hulu, and Vudu. This Blu-ray player’s image quality is on par with pricier models. It upscales your DVDs to Full 1080p HD but doesn’t support 4K content.

During our tests, the BP350 took about nine seconds to boot up. The unit also has a quick-start mode, where the player shuts off into a low-power state for faster boot ups.

Unfortunately, queuing up Netflix is quite slow. Sometimes it took over 30 seconds to start a movie using the service. Menus are easy to navigate, and the player is straightforward to use, though.

Other streaming boxes and smart TVs require you to create accounts, scroll through app stores and install apps individually. Pretty much everything you need is on this player by default.

It should be noted that most of the services aren’t free and require you to subscribe and pay a monthly fee.

The BP350 is also DLNA certified, so you can share audio, video, and photos across your wireless network with other DLNA devices.

This is a staunchly mid-range Blu-ray player from the LG stable and at the time of publishing (July 2015) commands a retail price of just under £100.

The BP350 features built-in Wi-Fi capability but has no 3D support and it appears the sub £100 market in 2015 presents you with the choice of one or the other.

With Ultra HD Blu-ray just around the corner and a well-established market, this player needs to perform all of its advertised features without issue.

Design is a conversation starter. Its shimmery diamond-effect chassis makes the LG ideal for anyone with style in mind, and you’ll need some willpower not to stroke the textured plastic.

The solid black power and eject buttons stand out well against it. Our only gripe is that the disc tray cover feels a bit wobbly as we put a disc on it.

You may be disappointed to learn that LG’s beloved webOS interface doesn’t feature on the BP350, but its other smart platform (appearing on its lowest-ranging TVs) is almost as pleasant.

Greeting you upon start up (it takes around seven seconds) is a home screen featuring a series of tabs across a colourful background.

Here you can locate files on a server or connected USB and get your teeth into its generous app offering: Now TV, Netflix, BBC iPlayer, and Amazon Instant Video, as well as rarer ones like Blinkbox, Spotify, and Deezer, all make an appearance.

The apps are located in the tab labelled ‘Premium’. Hover over it and they pop up along the bottom, so are handily within reach without having to enter another page.

The LG AV Remote 5 app can be downloaded (free on iOS and Android) and used as a basic controller.

It’s as snazzy and responsive as mobile apps come, and it helps that the interface looks and works similarly to the player’s.

In fact, you might even prefer it to the remote. Some may not get on with its distinctly ridged back – designed for your index finger to lie on – and the majority of its buttons are tiny.

Everything you’d expect is present and correct, though, and we find the numerical keys handy for jumping to specific tracks on CDs.

Most of the Smart TV functionality centres around the Premium section of the homescreen, where you’ll find a nice selection of streaming apps available.

There aren’t loads but we’d rather quality over quantity and the selection includes NOW TV, BBC iPlayer, Netflix, Amazon Instant Video, YouTube and Spotify so it certainly had almost all my key services on offer and streaming quality was very good throughout.

There are also tiles for Movie, Photo, and Music which can then access connected USB storage or other devices on your network for DLNA playback.

To be fair, you could almost justify the asking price simply for the app coverage – very few devices boast NOW TV, Amazon and Netflix under the same roof – and file type support is excellent, particularly over USB where it played every video we could find bar some 4K files, naturally.

The Settings Menu is broken down in to six submenus which are very easy to navigate but we’re curious why the Display Menu doesn’t have an Auto setting for 1080p24, only choices between that and 1080p50.

Most players do provide that so we’re not sure why LG doesn’t and unless the end-user is savvy enough to detect the added judder and then work out it could be fixed in the Menus, they won’t be getting the most out of their Blu-ray collection.

In actual fact, if you don’t select 24Hz as the 1080p Mode, it will show 24p content at 60Hz, which is very confusing but the rest of the options are fairly safe at default values.

The LG BP350 delivers almost everything you would want from a Blu-ray player, unless you’re in to 3D.

Disc load times are good, with most reaching the disc menu in comfortably under 30 seconds, depending on the amount of BD-Live content on the disc.

You can shave another few seconds off that buy disabling BD Live in the Settings Menu, too.

You can also, should you wish, make some picture altering adjustments found under ‘Options’ after hitting the INFO/MENU button on the remote during disc playback and we’re glad LG hides them here rather than in the main menus.

We’d have preferred it more were there no options, at all, as the default ‘Standard’ Picture Mode gives you exactly what you want, i.e. totally faithful representation of what is on the disc.

The Vivid and Cinema modes mess with colours and luminance in an unnecessary way and are to be avoided.

The User mode displays exactly as per Standard but offers you basic picture controls, including Contrast, Brightness and Colour, which might just be useful to a professional calibrator.

Where a player can add a bit of worth, as far as disc playback is concerned, is with your standard definition DVDs or those rare Blu-rays provided in interlaced format.

A good test for the handling of interlaced Blu-rays is the Stevie Wonder: Live at Last disc and you can see by looking at any stringed instruments in the band that fine lines and details are retained by the BP350 under movement.

As alluded to above, the performance with the built-in streaming services was also very good, with each of Netflix, Amazon Instant and BBC iPlayer available in their maximum available resolutions – discounting 4K, that is.

The YouTube app, like many, is restricted to 720p, however, and unlike with locally streamed media, there is no framerate detection present for the streaming services; there’s nothing unusual in that in the Blu-ray and media streaming player market but perhaps it’s about time the manufacturers started building in this facility.

QUES: How do you download apps to the LG bp350 that aren’t pre-installed?

QUES: Does this unit have the Vudu app?

QUES: Can you watch Amazon Prime movies on this device?

ANS: Yes, But you need at least 10 MBPS internet service to stream Amazon. 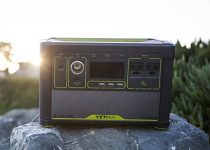 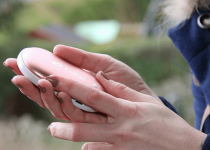 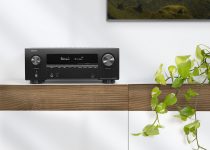