Out of all of Apple’s mobile ranges, the iPod nano has featured the most diverse array of incarnations. It was long and thin, then it was squat and cute, it shed the pounds again, became the size of a postage stamp for a bit, and now is back to being a long, thin rectangle under its latest guise as the 7th generation.

The iPod nano may be suffering from a seven-year identity crisis, but that doesn’t mean it’s not a fantastic little music player in most respects.

The preceding sixth-generation iPod nano was the first to feature a touchscreen, and a touchscreen was pretty much all it was. Tiny and able to be worn as a watch, it was a bit of a strange device. The 2012 iPod nano 7th generation, however, reverts to a more traditional nano design. Want More details? Read further

There’s a new Nano in town. Apple’s iPod Nano is now in its 7th generation and, as with the rest of the new Apple products released in September 2012, it has undergone significant changes from its predecessor.

The new iPod Nano is slimmer, lighter and taller than the 6th generation model.

The screen size has increased to a rectangular 2.5in from a previous 1.55in the square, making it much easier to read and swipe across the multi-touch LCD interface.

The Nano is wafer thin – at just 5.4mm, it’s 38% thinner than the previous model, and weighing a feathery 31g it barely makes a dent in your pocket.

The clip at the back of the 6th gen Nano – which was rather useful to clip it to your clothes when jogging or at the gym – is now gone, no doubt to add to the sleek, thin design.

One thing to note is the circular icons with new graphics – a departure from the previous square icons. It looks neat, and gives it a distinctive look compared to the iPod Touch and previous Nano models – and we have to admit to using the word ‘adorable’ to describe its overall looks.

Touchscreen responsiveness and general use is a delight – it’s fast, smooth, and just really lovely to use. Compared to the previous model’s tiny and fiddly screen, there’s more space to comfortably swipe across the screen to navigate between menus. That screen does love collecting fingerprints, though.

While there’s no iOS6 software to worry about, the Nano’s operating system is simple and neat, with design tweaks all around.

As with Apple’s other products, sound quality in the 7th generation Apple iPod nano is respectable but not particularly noteworthy. Output is clean and has enough power to drive smaller headphones, but for mammoth high-impedance pairs, you may need to use an amp.

There’s the usual basic selection of EQ modes on tap too, with 22 on offer. Apple seems to have improved the quality of these in recent times, with a non-distorting bass boost, but the fidelity of control needed to please audio fans isn’t really here.

The iPod nano 7th generation offers a volume limit – handy if you’re looking to buy a nano for a child – and there’s a soundcheck mode that normalizes volume levels across tracks.

Unlike Sony-branded players such as the Sony Walkman A845, Apple doesn’t have any quirky features that automatically create mood-based playlists on the fly, but it does support Apple’s Genius Mixes, created by iTunes.

But it’ll be as a music player that you’ll get the most out of your iPod Nano. Sync with your iTunes to store podcasts, audiobooks, and playlists of songs to suit every occasion and mood.

As with the previous model, the Nano’s battery life lasts 30 hours of music playback, and it plays the popular audio formats of AAC, MP3, Apple Lossless, AIFF, and WAV files.

Delve into the settings menu, and you’ll find there are 22 EQ presets – but we’d keep far, far away from them, as they really don’t add anything more to the listening experience, tending to distort the balance of any song you put through. Probably why they’re hidden away…

Start off with Jimi Hendrix’s All Along The Watchtower and you get a good dose of rhythm, detail, and dynamics. But that’s just with the supplied Apple EarPods – which can give an exaggerated brightness to the overall sound.

We’d suggest switching to higher-quality earphones for a more revealing listen. Plugin either the SoundMagic E10s (£35, above) or the even better Beyerdynamic DTX 101iEs (£65) and you’ll find Birdy’s ethereal vocals on Shelter clearer and subtler in a much wider soundstage.

Compared to the previous generation, the new Nano is a step ahead in sound quality, with more clarity, detail, and transparency giving a richer sound. It’s also a much more refined sound, with little of the hard edge of the previous model.

Once again, Apple does play up to the niche market – like the iPod Touch, the Nano does have very specific functions for specific uses.

While there aren’t many high-end portable music players on the market, the 7th generation Nano is a clear step ahead of its predecessors in terms of design, ergonomics and performance.

What can an iPod nano 7th generation do?

While you can’t load new apps the nano doesn’t run iOS like the iPod touch — it includes apps to listen to music and podcasts, watch the video, a built-in pedometer via Nike+, and an FM radio. It also supports Bluetooth connectivity for hooking up to a wireless speaker system or another audio output source

Can you still use iPod nano?

Can you text on iPod nano?

Apple Brings Great New Features & More Affordable Pricing to iPod touch & iPod nano. … iMessage brings the functionality of iPhone® messaging to your iPod touch, so you can easily send text messages, photos, videos, and contact information to an individual or group on other iOS 5 devices. 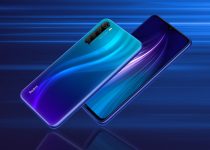 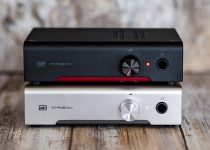