The M3 Pro is a capable player supporting USB DAC functionality and its own highly efficient, low power consuming processor. While there is no inclusion of streaming or Bluetooth, the ability to access 2 terabytes of tracks from a small device is a compelling feature.

The FiiO M3 is a great choice for many types of users, the light traveler, the gym-goer or jogger, the commuter desiring a lightweight option, and of course the budget-conscious shopper. The UI doesn’t take much time at all to master, whilst not Apple grade is easy enough to get the hang of within a short period of time.

What Exactly is FiiO M3?

Well, to put it simply, it’s a DAP and a really cheap one in fact. Weight in at only 40g, measuring 74 x 39.7 x 9.1mm, it can easily fit into your pocket. It also got a really good battery life of around 20-24 hours, the ability to take in a 64Gb SD card, and the sound quality is really good for something that costs only $55.

FiiO looks like a small size brick, with its sharp edges and buttons that flush with the device itself. On the left side, we have the power button and lock slider on the right side.

The bottom has the Micro-USB port for charging and data transfer, a 3.5mm socket, and a microSD card slot. The navigation buttons are placed right below the screen. So in terms of user-friendliness, it’s very easy to get used to.

FiiO M3 comes with its own earphone, but they don’t offer much sonic isolation. But I suspect anyone buying this will have something of their own to jack into. There’s also a standard Micro-USB cable included in the box for charging and data transfers.

Specification and Software of FiiO M3?

FiiO M3 itself has 8GB of internal storage. There is also the microSD card slot that supports up to 64GB of storage. So all in all, you will have a maximum of 72GB of storage space.

Next is the 550mAh battery which can power the DAP for up to claimed 24 hours, thanks to the low-power Cirrus Logic CS42L51 DAC.

The device has a small 2-inch 240×320-pixel screen for visual cues and controls, oriented in portrait mode. It isn’t a very good screen, but then it doesn’t need to be since you’ll only be using it to control playback.

The downside is, the device has limited support for the high-resolution audio format, supporting up to 24-bit/48kHz FLAC files, and 24-bit/96kHz WAV files. MP3, WMA, OGG, and M4A are supported, but this does not include M4A-encrypted Apple Lossless (ALAC) files, which is a bit of a disappointment. The device can drive headphones with an impedance range of 16-100Ohms.

M3 Pro is a touchscreen-enabled device exactly like its more expensive brothers from the FiiO family. It likes to be touched, swiped left and right and as a result, FiiO put fewer buttons on it for an easier operation.

All the buttons can be found on the left side, there is your On/Off button, once it is working a single press will turn the display off or wake it up. Volume up is the next button, followed by the Play/Pause and by the volume down button.

Under all those buttons you can spot the microSD card slot, it can hold microSD cards of up to 2TB in size, theoretically 2Tb because there aren’t any released at that capacity.

On the bottom you can spot a small hole, that is actually the microphone so you can use it to record anything in mp3 or WAV format, followed by the multi-functional USB Type-C connector, and then there is your 3.5mm (1/8”) headphone jack that can also work as a clean line-out if you want.

FiiO went with a really nice IPS panel, I don’t see any color shift when I’m tilting it, blacks are nice, colors are saturated, the lettering is detailed, so is the album art. It has quite an interesting aspect ratio, close to 21:9 so it is really good at scrolling long playlists and at browsing music by folder as I am doing.

At almost ~3.5” in diagonal and has a resolution of 340 by 800 pixels, everything looks pretty sharp, colorful, and clean.

By doing a simple math results a PPI (pixels per inch) of 251, it’s respectable and more than enough for such a small, lightweight, and entry-level device as M3 Pro, you won’t be pixel peeping on a $79 unit, right?

FiiO went with a battery capacity of 1000 mAh that will provide about 15 hours of battery life. Compared to the rest of FiiO devices, that is actually a very good number.

It will charge in less than 2 hours, so you can be back to your tunes in no time. It will go lullaby for about 35 days which is quite a lot. To preserve good battery life, I still recommend turning it off completely when not in use.

The battery life depends a lot on how much screen time, swapping left and right you are doing, the brightness level, and most importantly what headphones you are driving and at what volume level.

With heavy to drive desktop headphones, at close to maximum volume M3 Pro played for me for just a little over 10 hours.

Is FiiO M3K worth it?

Offering quite a decent level of performance, it is quite light on the pocket and equally easy to use. You get a nice build, impressive battery life, and an admirably smooth enough system UI experience. For the asking price, the FiiO M3K is a no-brainer

On your X player, go to System Settings->USB mode and change the mode to DAC. Then connect it with a USB port on the computer using our provided USB cable (for desktop computers, it is recommended to connect to a port on the back of the computer directly connected to the motherboard.

Where is FiiO made? 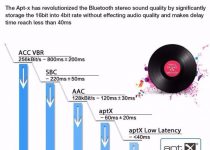 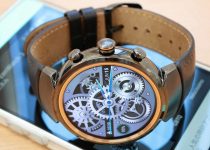 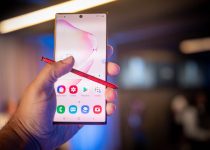