Skip to content
Home
Homepage
Electrical
DCS Elgar Plus, What it is, its Specs, and Other DAC Options

Elgar Plus is still one of the most advanced DA converters or DAC released for domestic use This is an improved version of the legendary dCS Elgar transducer. The original dCS Elgar, released in 1996, became famous as the world’s first DAC with 24/96 parameters.

The DCS Elgar Plus DAC appeared in 2000 as an upgrade to the dCS Elgar DAC, a digital-to-analog converter. It was the first DAC device with the capability to play 24bit/96kHz audio files. Later it processed 192kHz files as well.

Furthermore, it was also upgraded to play DSD thanks to the IEEE1394, which was the standard for transferring data streams of encrypted DSD (direct stream digital) at the time.

In 1998, the Elgar was improved, becoming the first DAC with parameters 24/192. And in 2000, we equipped it with means for receiving DSD format signals from professional digital DSD sources, and Elgar Plus became the first audiophile digital converter for DSD.

In 2001, the IEEE1394 digital interface was added to the standard equipment of the device. Sony planned to use this interface to exchange DSD signals between its devices, i.e.

Other DAC Options and the DCS Elgar Plus DAC

The dCS Elgar Plus is a much better DAC than the Schiit Modi 3. However, the latter costs only a hundred dollars. We went through the Schiit Modi 3 when studying the architecture of a Schiit stack.

If you own a Devialet Gold or Silver Phantom, you should prefer using the Devialet DAC. They are located inside the mainboard.

The analog inputs just get converted through ADC to a digital signal and then converted back for output. As good as the ADC is in Devialet, fewer conversions are always better.

The Devialet converts everything analog input into it digital and then back to analog so the DAC itself cannot be ‘bypassed’ so it sounds most logical that the USB input isn’t well implemented or that it isn’t playing nice with the Antipodes.

Placement of the Elgar Plus in a DCS Stack

The DCS stack I refer here is composed by the dCS Elgar Plus + dCS Verdi + dCS Purcell. The price of the stack is around 32,000 dollars. Sitting atop an equipment rack, the triple dCS stack casts an impressive visual spell. The pieces can also be set on separate shelves, of course.

It is much better than the Schiit stack we have already reviewed in this article, but also much more expensive.

When you’re listening to CDs, you can bypass the Purcell DDC and send the Verdi’s 16-bit/44.1kHz output directly to the Elgar Plus DAC, or you can customize the Purcell and choose your upsampling rate.

Without getting hyper-specific about what I heard, the Verdi-Elgar Plus’s rendering of 16/44.1 was as good as I’ve heard the format, with close to the same level of transparency, focus, and spatiality as I heard upsampling through the Purcell.

What the Purcell seemed to improve especially in 176.4kHz or DSD mode was image delicacy, dimensionality, and subtlety.

Improvements from the Original Elgar

The Elgar Plus improves on the Elgar’s performance and operation by adding DSD decoding via FireWire or SDIF-2 interfaces and by allowing it to slave to a word clock or to act as a master clock. It also adds a digital output and an improved and extended menu system.

Because the Plus, like the original Elgar, can decode 24/96 and 24/192 data, you can connect a DVD-V player’s 24/96 bitstream decode DAD discs. Like all dCS DACs, the Elgar Plus uses the company’s proprietary Ring DACs for digital conversion.

Almost every other company making DACs and CD players uses off-the-shelf, chip-based DACs made by other companies, and that it was only because of dCS’s contracts with the UK military that the company could afford the R&D needed to design and build such precision devices in the first place.

The Elgar Plus’s software-driven DSP is upgradeable via a CD player or, via a rear port, or a PC. 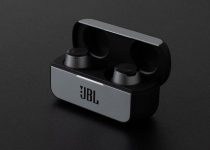 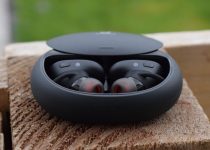 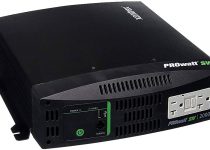