Corsair  with regard to gaming consoles the HS50 and HS60 tend to be on par and the HS60 only out performers the HS50 when PC audio is compared. The HS70 is essentially just the HS60 but wireless. 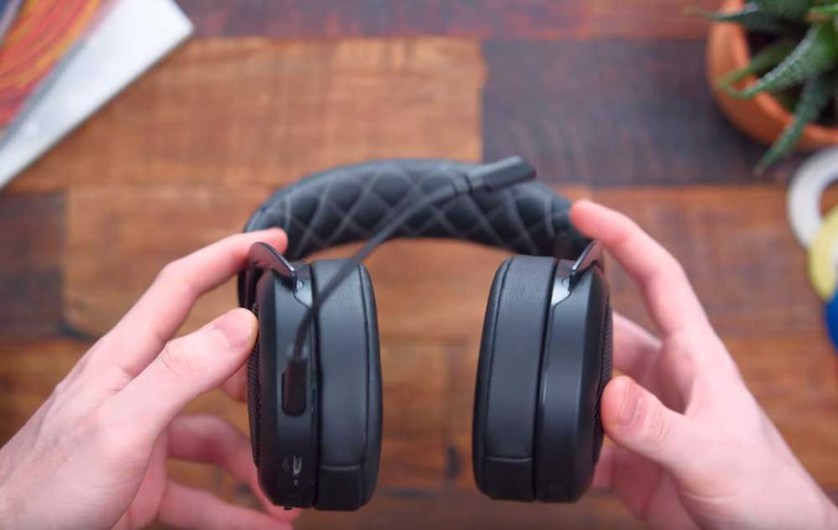 Corsair recently added three new members to its long line of headphones, the HS50, HS60 and HS70. In most ways, these headsets are identical.

But there are a handful of distinctions that separate them. More specifically, the HD70 is a wireless version of the HS60  and the HS60 is an upgraded version of the HS50 which supports surround sound features.

Outside of that, these headsets are essentially the same.

Of course, that doesn’t mean they’re totally the same. Especially when you start comparing the Corsair HS70 to the other models, due to the addition of wireless features and an on-board battery

Outside of that, it’s worth noting all these headsets are Discord certified, which basically means they’ve gone through the trouble of ensuring these headsets work flawlessly alongside Discord’s drivers.

You should be able to plug them in and get going, without any involved setup of any kind.

But how do these things work on a day to day basis? And how do they compare to some of the other gaming headsets in this particular price range? That’s a bit more complicated. 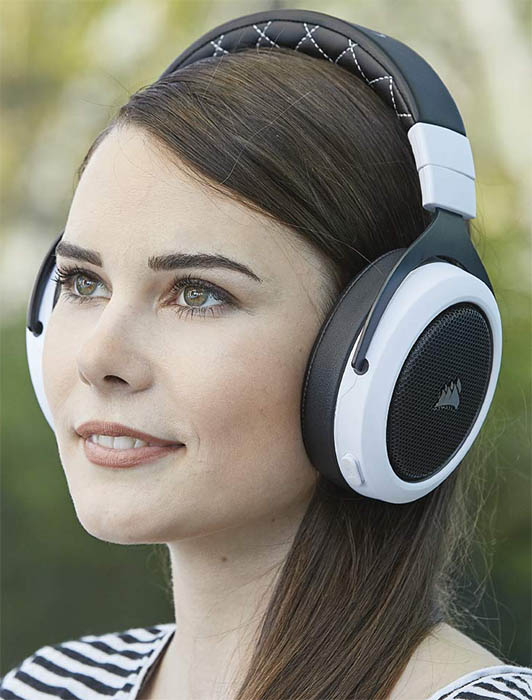 Physically these headsets look almost exactly alike, with the HS50 being the odd man out because it uses a slightly less impressive headband.

But in all cases, you’re looking at essentially the same levels of comfort. For each model, the headband can be pulled in our out, allowing it to accommodate heads of all sizes.

In terms of their durability, all members of this series make use of a rugged metallic core. That means these things aren’t able to be bent in half, or otherwise flex in the way that a rubber core can.

But for gamers, a metallic headband is usually a better approach. It’s much more durable for more stationary use cases.

Admittedly, it does add a little to the weight of the design… but the boost to longevity is worth it. (Just look at any high-end pair of headphones and see whether they’re using rubber or metal.)

Past that, each member of this series makes use of of essentially the same plush memory foam ear-cups. The ear-cups sit widely over your head, and are rather thin in the places where they come into contact with your face.

That makes them exceptionally good at expelling heat, which is ideal for lengthier play sessions 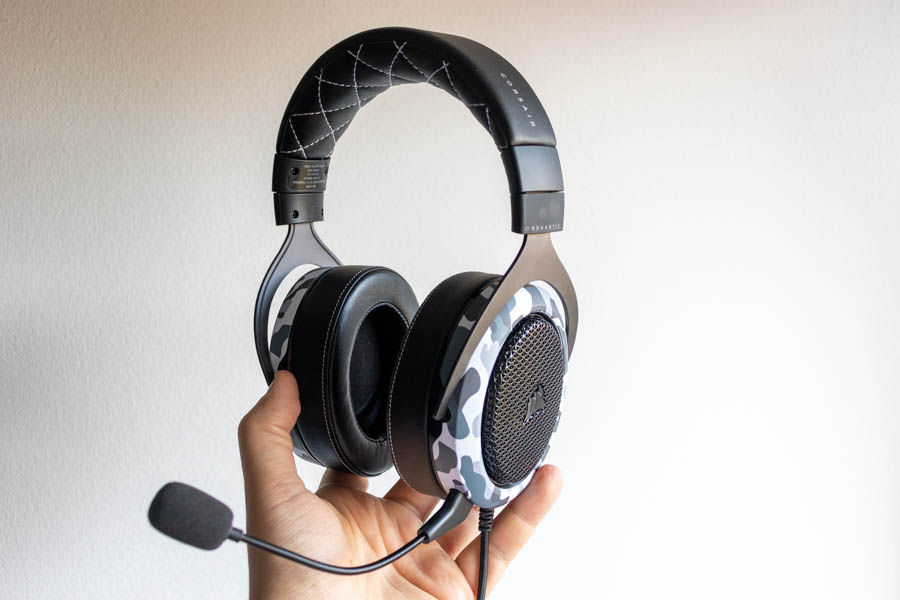 For controls, an on-ear mechanism allows you to change volume levels, so you’re never out of arms reach of the controls.

Pretty cool to be able to do that while playing games PC games in particular, so you’re not forced to tab-out to do so. It’s very on-the-fly.

With respect to compatibility, it’s possible to use these things on PC, Xbox One, PS4, the Switch, and mobile connections.

However, you might need a Microsoft adapter for Xbox connections.

That’s because the wired versions, the Corsair HS50 and Corsair HS60, both terminate in a standard 3.5mm audio connection.

So you’ll have a small issue swapping that over to USB or other formats.

Past that, it’s worth noting the cable runs a healthy 4.2 feet. That’s decently long, but not long enough to become an encumbrance.

Unless of course you’re running the wireless version, the Corsair HS70. Notably, that wireless is a Wi-Fi 2.4GHz signal, not a Bluetooth connection.

On the other hand, the wireless signal is pretty strong. And it stretches out to about 40-ft, which is considerably better than average compared to Bluetooth.

The internal battery is supposed to stretch out towards 16-hours of playtime. Does it get you that far? That ends up depending on what you’re doing with the headset.

However, it’s also pretty close to average. These days you’ll find an increasing number of headphones pushing in the 20+ hour territory.

Then again, the 50mm drivers used in this design does require a bit more power than many of their competitors.

When it comes to recharging the battery, you can get back in business within four hours. Pretty much the same as the amount of time you’d need to recharge one of the bigger smartphones on the market. 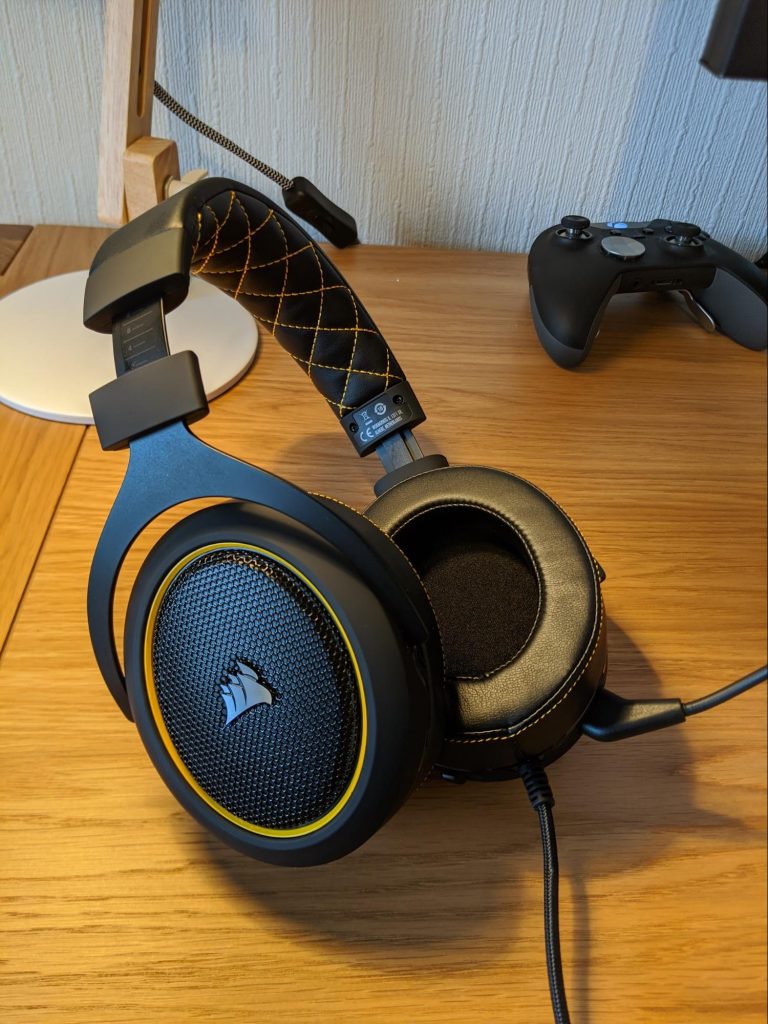 In all cases, these headphones are made with 50mm drivers. That’s considered full-sized for over-ear drivers. And these are certainly better than the often used 40mm variant.

That extra bit of size provides a wider sound-stage that’s easy for gamers to appreciate, with increased accuracy across the tonal range.

When you’re trying to hear the footsteps of someone creeping up behind you, it helps to have a better sense of the directional nature of sound.

What’s the big difference between the HS50 and HS60? The HS60 supports 7.1 virtual surround sound for PC and consoles that support it.

As for the audio quality, each member of this series sound essentially the same.

There’a a spacious amount of bass, and plentiful clarity for people who are concerned with hearing voices for multiplayer communication.

In fact, these headphones seem pretty well divided between a focus on entertainment and communication. 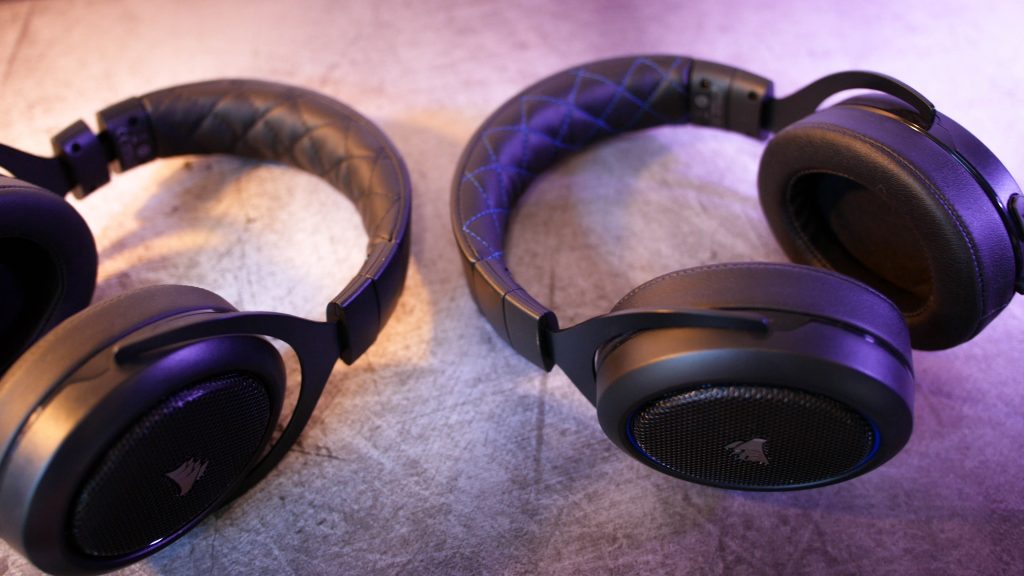 Gaming headsets need to prioritize microphone quality. Because the difference between a gaming headset and a regular headset is 90% about the microphone.

Here they’ve used a unidirectional mic that’s specially tuned to reduce ambient noise. It’s also detachable, allowing you to whip it off at any time.

In terms of its flexibility, the mic bends around as needed. So you can put it in-front of your face, or bend it out of the way.

The mic cable itself is well protected, and was clearly designed to survive tens of thousands of bends.

Sadly, there isn’t a second microphone on the headset that can be used while the stick-mic is off. .

The Corsair HS70 might be a good choice for someone who can’t resist going wireless.

The move to wireless will marginally decrease the lifespan of your headphones, which can expect to survive for about 3-years of heavy use, or 5-years of regular use.

These things may not sound any better than the HS50, but they can do a hell of a lot more than they can.

The Corsair HS60 is almost certain to work well for someone who plans on taking advantage of 7.1 virtual surround sound.

Sure, surround sound on headphones doesn’t quite sound as good as the real thing.

But for gamers, who can take advantage of the directionality of sound in a more practical way, it’s often worth spending a few extra bucks to find support.

Finally, the Corsair HS50 was made for people who don’t care about surround sound or wireless features.

It’s a paired down version of the HS70 basically, allowing you to enjoy the same audio quality without the same sticker price.

They sound pretty similar to a lot of other headphones in this price range, but the build quality is solid, and the software support really makes them shine compared to many. 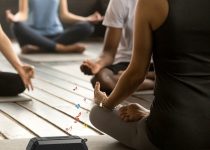 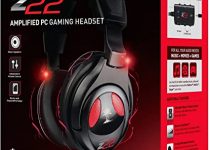 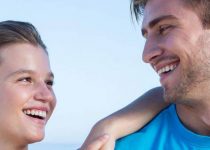