The Bowers and Wilkins 606 offers better dynamics and deeper bass than most speakers its size. Its clear sound adds insight into well-recorded music and punches to movies, particularly at high volume. The new silvery Continuum driver and domed driver lends the speaker a sense of class. The speakers also feature magnetic grilles.

The Bowers and Wilkins 606 bookshelves offer bucketfuls of resolution and bass power, but they’re more expensive and not as versatile as their predecessors.

With the wrong system the speakers can sound too bright, and it’s not the best speaker for so-called “badly recorded” music.

A price increase over the previous model pushes it into a different class of speakers, but the finish doesn’t correspond.

They’re both hugely capable performers that set the standard at their respective price points.

B&W clearly understands what it takes to make great affordable speakers and has been getting it right ever since the first generation 600 series was launched in 1995.

The current products are the sixth iteration, and are arguably the most capable yet.

The basic design of the B&W 600 series has remained surprisingly consistent.

Up until the current generation, the speakers had been ported two-ways, with an aluminium dome tweeter and Kevlar mid/bass units.

They’ve never had the most luxurious of enclosures but the boxes have invariably been solidly made and nicely finished.

The latest 600s barely mess with that winning formula, and where they do change things, it’s entirely logical.

B&W had promoted woven Kevlar as an ideal drive unit cone material for decades, indeed its speakers were instantly recognisable thanks to its distinctive yellow colour.

Things have changed now, and the company has spent much of the last five years switching from Kevlar-based cones to a proprietary material called Continuum.

Continuum was first introduced in the high-end mega-money 800 D3 series and has steadily filtered into the company’s more affordable speakers as and when those ranges have been revamped.

But, as the name suggests, this isn’t a major technical departure for B&W.

The newer material has pretty much the same characteristics as Kevlar – namely well-controlled break-up behavior (when the driver distorts at the top of its frequency range), combined with relatively low mass – but with the good points turned up to 11.

The company’s engineers can show you lots of data and fancy computer animated images to prove Continuum’s advantages, but it only takes a short listen to confirm that the new material results in a cleaner and crisper sound.

Company insiders are big fans of the B&W 607s and it doesn’t take long to understand why.

These are enthusiastic performers that deliver bass with a punch and power that belies their modest dimensions.

They reveal plenty in the way of detail too, giving class-leading insight into recordings that most rivals can’t match.

Best of all, they work well with a wide range of music.

Listen to something understated and intimate, such as Last by The Unthanks, and these boxes have no trouble communicating the group’s emotion-packed but low-key vocals.

The backing instrumentation is handled with subtlety and presented in a cohesive and musical manner.

It speaks well of the integration between the two drivers and the work that’s gone into designing the crossover.

Move to the likes of Dvorak’s New World Symphony and the 607s confound expectations by rendering a large-scale sound packed with authority.

They dig up plenty of detail and deliver it in a wonderfully organised way.

These aren’t the most neutral performers around but they are generally well balanced.

The top-end has bite when needed but also the refinement to play more aggressive recordings without making us wince.

Overall, there’s much to admire here and little to complain about.

If you want small speakers that can cope with everything you can throw at them we can’t think of a better alternative to the B&W 607 speakers for the money.

However, if you can go bigger, and spend that little bit more, we suggest stretching to the B&W 606 speakers.

These do everything their little brothers manage but go even further in some respects.

Absolute detail levels are broadly on a par – understandable given the similarly of the drive units and cabinets – but there are notable gains in dynamic subtlety, scale and bass agility.

If you are looking for stand-mount or bookshelf speakers at this price point, you will no doubt have realised that you are not short of choice.

You will have also noticed that there are some well-respected brands amongst that list too.

You will kick yourself if you forget to add the 606 to your shopping list. These speakers are energetic performers that deliver dynamics better than their form may suggest.

The same goes for the excellently-weighted bass.

Their slightly eager high-end may warrant a test drive with your amplifier but, give them a chance, and you will soon be grinning from ear-to-ear.

Bowers & Wilkins have undoubtedly come up with the goods again and so the 606 joins the 603 with a StereoNET Applause Award.

The Bowers & Wilkins 606 are available now in matte white or matte black for £549.

QUES: How many watts

ANS: The recommended amplifier power is 30 watts to 120 watts.

QUES: Do they come with stands?

ANS: You can buy stands sold separately. Any brand model you prefer.

QUES: What are the dimensions of the top plate?

ANS: The dimensions are 6 by 7 and a half 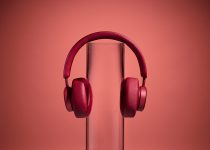 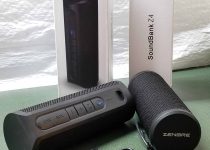 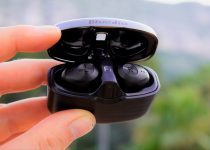