Best N64 and GameCube to HDMI Converter: Classic games are having a resurgence. People are pulling out their old Nintendo 64, GameCube, and even their behemoth original Xbox. So lets review why the HDMI is much preferable.

The ability to convert your older system to HDMI solves these problems and enhances your classic gaming experience. When considering which adapter to buy, there are a variety of factors that need to be considered, and the search for good quality products requires some due diligence with the many knock-off brands available online.

Why Upgrade from RCA to HDMI?

RCA is an analog technology utilizing composite video transmission. It carries a standard definition video stream, which is usually between 480i to 576i resolution. The video information gets encoded and carried on a single channel, which is one source of its limitations.

Though some adapters were released that allowed for S-Video adapters to plug into your older systems bumping you up to a two-channel video stream, they still do not reach the quality of modern HDMI or Display port technology. 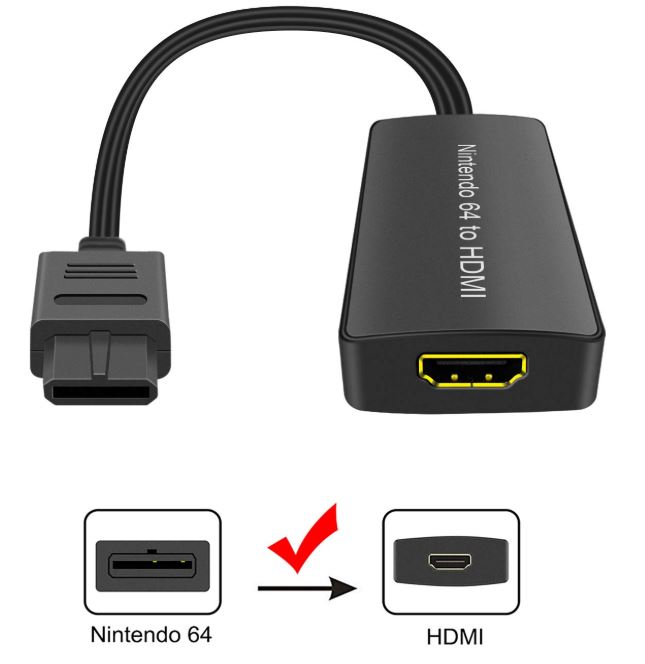 Next up is the Laboen HDMI converter. This is an adapter that is almost point for point on par with the Oneme adapter. It even has a switch on the side that lets you quickly change from 720p to 1080p and back.

Both adapters have the HDMI slot in the front so that you can easily swap out your HDMI cable, instead of opting for a hard-wired HDMI output into the adapter. That simply means you can change your HDMI cable length and quality to whatever best suits your needs.

Of course, this adapter does come with a short HDMI cable, USB cable, power adapter, and the converter itself, so even if you don’t have your own HDMI cable, you will have everything you need to get started.

While testing various screen sizes, it was noted that when you get to anything larger than a 50-inch television, with 720p being set, the visuals will begin to remind you that you’re playing a classic game. We personally recommend using 1080p at all times if you can.

We have the Hyperkin HDTV adapter. This adapter is a slight change from the designs of the previous two. Unlike the Laboen and the Oneme adapters, the Hyperkin opted to create a single unit from the console output to your television input.

What that means is that you’re unable to unplug the HDMI cable and replace it if you wanted to decrease excess cable or increase cable length. The adapter and cable are a single 7 feet unit, so if you have a layout that requires more than 7ft of cable, you will need an HDMI extender on top of this adapter.

All three of the adapters mentioned are powered utilizing USB cabling. This is a feature that is easy to take for granted. Most power adapters in the age that these gaming systems come from tend to have a unique power standard and port standard for every individual device.

If you lost your power cable for one system, you could not use it for another one. In those days you would have to dig through boxes of tangled cabling, hoping to find the right adapter or in the worst-case scenario, head down to your local RadioShack or BestBuy to purchase a replacement. 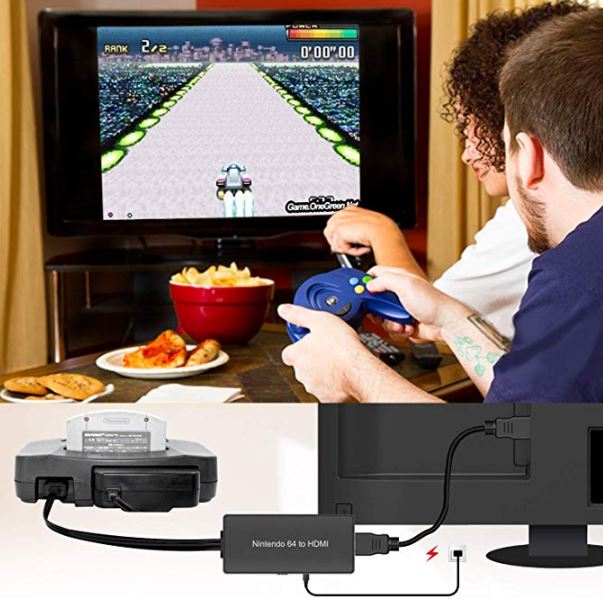 To start off strong, we have the Oneme HDMI adapter. This cable is fully capable of 720p and 1080p resolution support for both the GameCube and N64. Though the screen ratio will remain 16 by 9 and can be adjusted to 4 by 3 if needed.

The advanced signal processing that this adapter integrates results in greater precision, more robust coloring, and a more vibrant display for these classic systems and their respective games.

Though the downsides are minor, it’s worth mentioning. This adapter does not support 4k video. This means anyone that was hoping to see Pac Man in a glorious 4k resolution might need to look elsewhere.

If your gaming consoles are within 7ft of your television and you don’t have a TV capable of 1080p (truly embracing the past), then the Hyperkin is a rugged and reliable adapter that will match your needs.

Laboen also seems to have a higher response rate to their customer comments and customer service requests. So in these categories, it would seem that the Laboen adapter has a slight edge over Oneme. 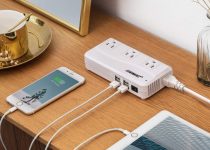 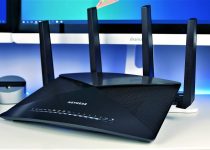