Best Bluetooth FM Transmitter Car Kits: Technology tends to advance much faster than we realize. In the case of cell phones, we can look back only a few years prior and be shocked at what we used to consider the high end.

Fortunately, there is. Every modern phone has Bluetooth, and every modern car has FM. A Bluetooth FM transmitter is the bridge that can join these technologies together. This technology is often disregarded as there are so many low-quality models on the market.

But if you know what to look for, they can be both easy to use and produce high-quality audio. We’ve done our research, and compiled a list of the three best Bluetooth FM transmitters. While they might not make your morning commute any shorter, they’ll certainly make it much more enjoyable. 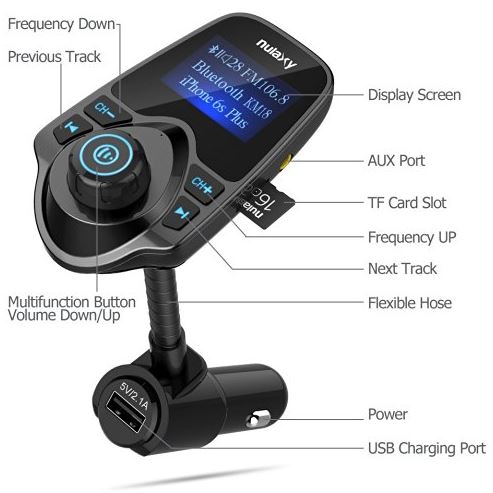 The Nulaxy Wireless In-Car Bluetooth Transmitter probably looks a lot more advanced than the bargain big FM transmitters you’re used to. But despite its futuristic looks, it’s still incredibly affordable. The design is simple: you plug the base into your 12V outlet, and the adjustable stand keeps the controls right at arm’s reach.

It’s bright back-lit LCD display and controls give it a modern edge and ensure that it’s easy to use. While you might not realize it at first, this handy little device is so much more than just a Bluetooth transmitter. It’s an all in one media center that brings your dated car stereo into the modern age.

Whenever you’re transmitting audio from one medium to another, there’s always some loss. It’s important for both the receiver and transmitter to be of high quality, or else the audio can be seriously degraded. Fortunately, A2DP compression is supported. This is the latest compression for Bluetooth audio, offering virtually lossless audio. 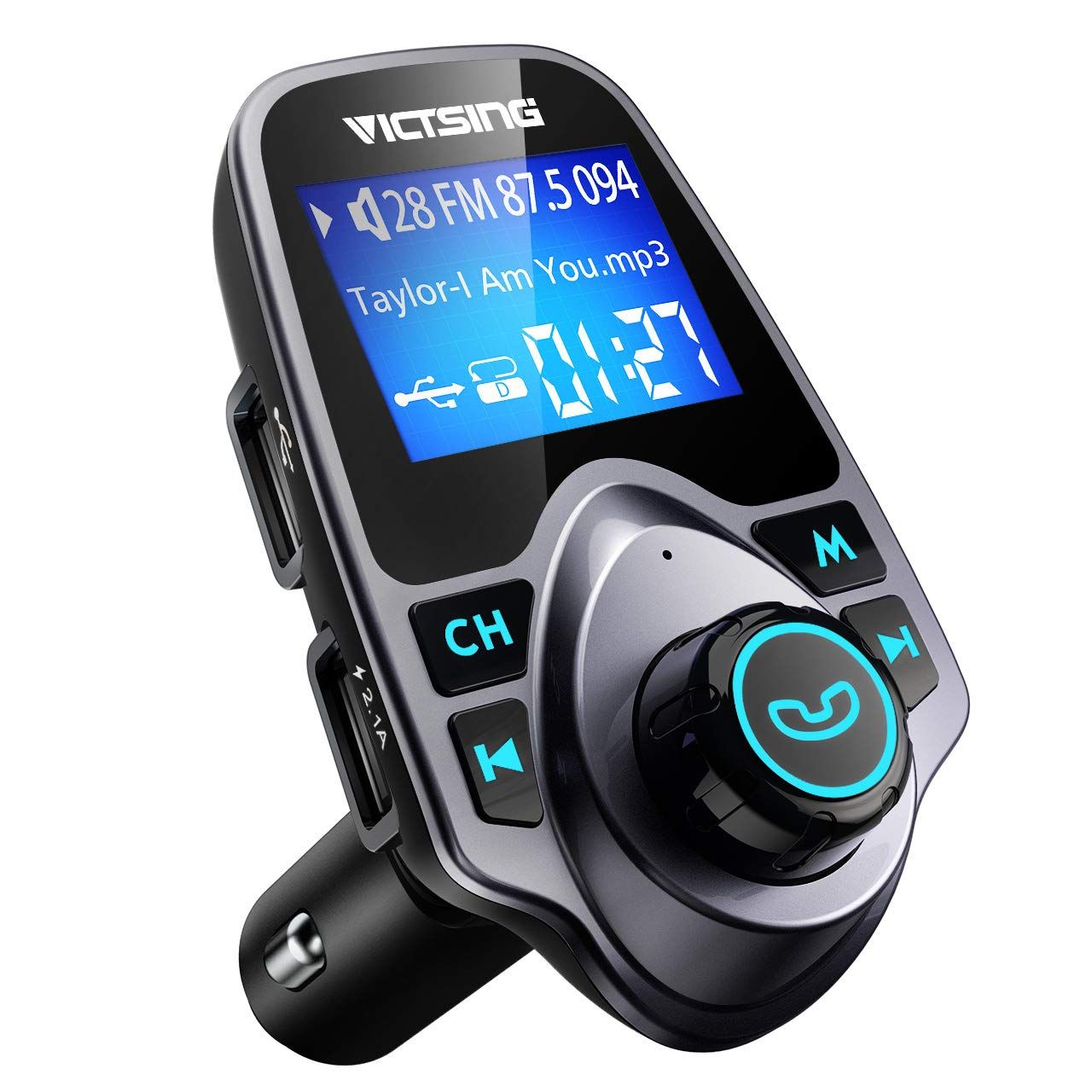 The VicTsing FM Transmitter is a little more compact but adds in a few extra connectivity features that you may find incredibly useful. Not only does it act as an all-in-one interface between your car and your mobile devices, but its feature set has been expanded to offer everything you’d get with a new model car.

With this transmitter, we noticed that the range was quite a bit larger than most Bluetooth receivers. It supports up to 5 meters, so your driving companions can control the music from the backseat without any dropouts. The FM transmitter was also quite powerful.

Even in the city where it’s hard to find an empty channel, we found that it was powerful enough to provide interference-free audio as soon as it was turned on. Unless your car is very old or has electrical issues, we highly doubt that the lack of noise reduction would have any effect on your enjoyment. 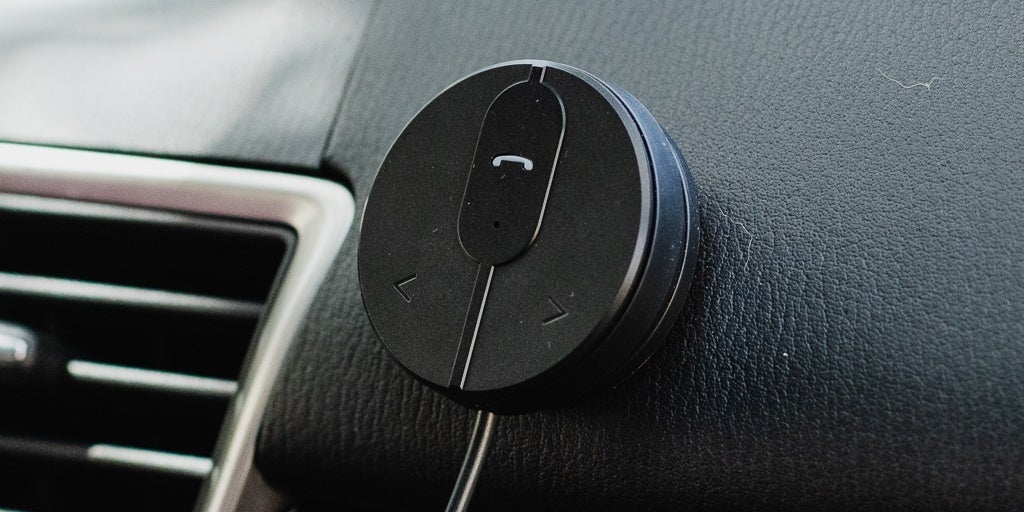 If you are looking for something with a different interface, the SoundBot SB360FM might be worth checking out. The stylish round face and unique magnetic mounting bracket are unlike anything else on the market, allowing it to seamlessly blend in to even the most luxurious car interior.

This unique design sets it apart from other transmitters in the looks department but provides some functionality improvements as well.

We already know that it can receive high-quality audio, but what about transmission? In our tests, we found that the signal was very clear and powerful. It comes with some handy pre-set frequencies you can transmit o

When you’re driving, you often encounter a new station that can interfere with your signal. Correcting this issue is just a matter of pushing a single button, then continuing on your way.

f you’re using an older car, you’ll want to get the Nulaxy Bluetooth FM Transmitter. Up until the early 2000s, cars often had problems with grounding. This means that your sound quality can be drastically reduced. Fortunately, the Nulaxy transmitter has special filtering technology that can reduce this noise, giving you the best possible audio.

While Bluetooth is one of the most common ways to transmit audio, some users might want a jack-of-all-trades media center. In this case, the VicTsing FM Transmitter will let you playback audio files from almost any storage medium. While you’re enjoying the road-trip playlist you threw on that spare SD card you had to lay around, the voltage monitor and high speed charging ports will make sure that all of your batteries are filled to the top.

Do you plan on taking a lot of calls while you’re on the road? The SoundBot SB360FM provides one of the best in-call experiences on the market. The high-quality microphone and magnetic mount mean that you’ll be heard loud and clear, even on the highway. 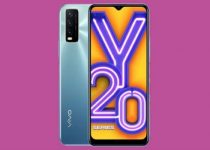 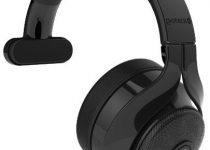