Motorola Focus 68 Wi-Fi Home Monitoring Camera 2020 Detailed Review: In this review, we’re going to be taking a look at the Motorola Focus 68 Wi-Fi HD Home Monitoring Camera. We’ll be checking out the design, special features, video resolution, the integrated app as well as any downsides the camera may have to give you a full comprehensive idea of whether or not this camera can give you the peace of mind you might be looking for. 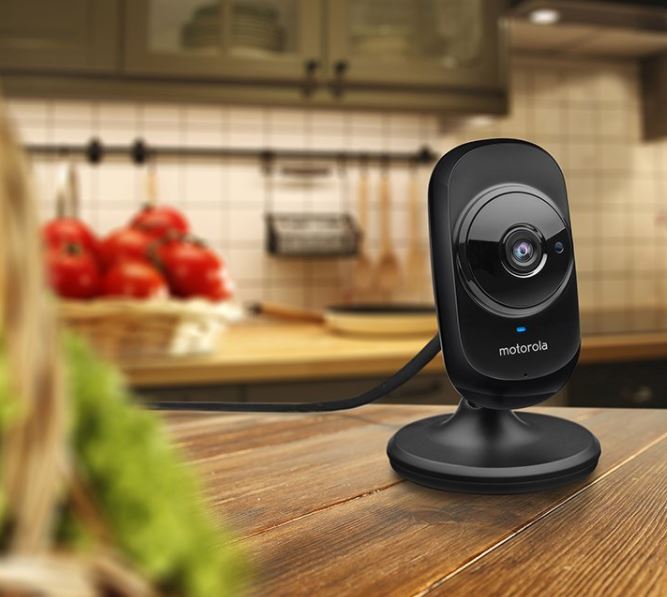 What is the Motorola Focus 68?

Home security cameras are ten a penny, but the top models tend to be expensive. The Motorola Focus 68 is a cheaper alternative, with a 720p camera sensor and reasonably priced cloud storage plan to keep your recordings safe.

A slightly clunky app and Flash-based web interface slightly detract, making this a better option for occasional use.

As you might expect given the low price, the Motorola Focus 68 is a rather basic-looking camera. It’s made out of shiny black plastic, which, while unobtrusive, feels quite cheap on picking up the camera.

Bizarrely, the Wi-Fi antenna sticks out from the rear of the camera; it looks a little odd. It’s the first camera I’ve seen in a long time that doesn’t integrate the antenna into the body of the device.

The Focus 68 is set up, configured, and managed by the Hubble app (iOS and Android), which is also used for Motorola’s range of baby monitors. Getting the camera connected to my home network via this app proved straightforward.

The camera has a 720p sensor, which is a fair compromise given the Focus 68’s low price. At this resolution, you lose some detail in the image, but can still see clearly what’s going on.

For motion detection, the Focus 68 has five sensitivity modes. There’s no way to mark motion detection zones, so the settings apply to the full image. Still, with the options available, it’s possible to reduce false positives.

From the app, you can drop in to view the current live stream, and turn the camera on or off if you’d like some privacy. The app is fairly quick to connect to the stream. There’s also a web interface, although this was horribly slow in my experience, and it requires Adobe Flash. My advice is to stick to the app.

To get the most out of the Focus 68, you need to sign up for a cloud plan. Without one, the camera won’t make any recordings, turning it into a basic monitoring system.

Video quality is quite basic. The 110-degree lens pulls in most of a room, giving good coverage, but the footage isn’t the best. High levels of compression added some banding into the image, and when there’s a lot of movement – a person walking around, for example – the level of detail drops. That said, there’s still enough in the image to recognize faces and people.

At night, the camera flicks on its IR LEDs automatically. Night vision managed to light up my test room sufficiently. As with all cameras, viewing using IR mode reduces detail in the video image, but it’s still possible to identify people. 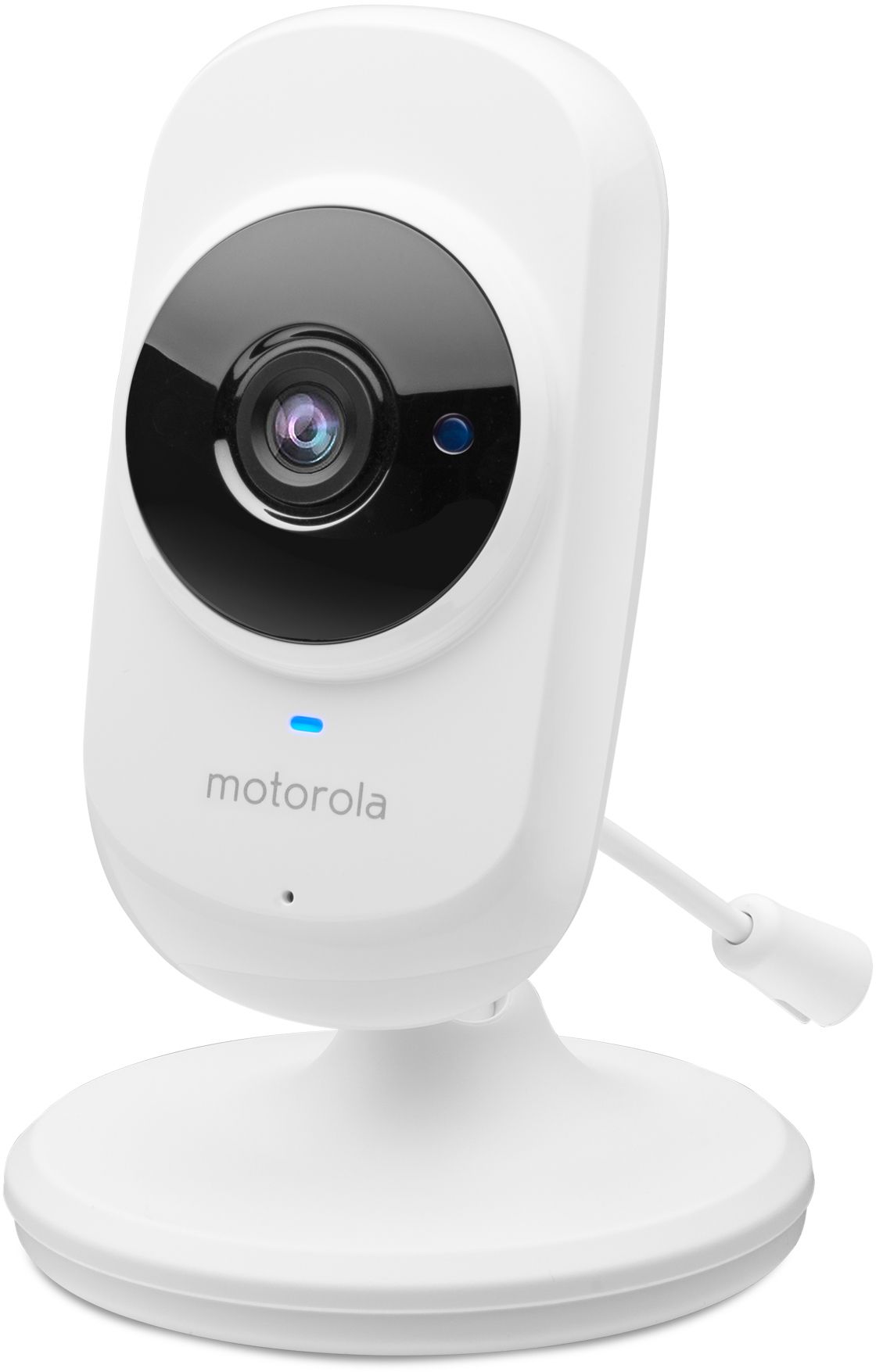 Motorola has no voice-assistant support, so you can’t, for example, view footage from the camera on the Amazon Echo Show. There’s also no IFTTT support, which is a shame, as you can’t trigger events based on the camera picking up movement. For example, it would be handy to be able to turn on lights automatically when the motion was detected.

Works with Nest integration is nice to see. The rules let you add your Nest Thermostat’s current temperature and mode to the main dashboard, and for the camera to notify you if Nest Protect goes off.

The Hubble app is available in both the App Store and Google Play. While it was somewhat intuitive, there were still a few roadblocks that required us to tinker with it before we got it working. First of all, the app requires you to make an account with your username, email, and password.

Not only does it require you to enter this information, but the app then asks that you enter a confirmation code that it sends to your email address. This posed as a mild annoyance, mainly because it inhibited us from using the camera right out of the box.

We would have liked for the app to boot up and connect after a few easy steps. Making an account just didn’t feel necessary. 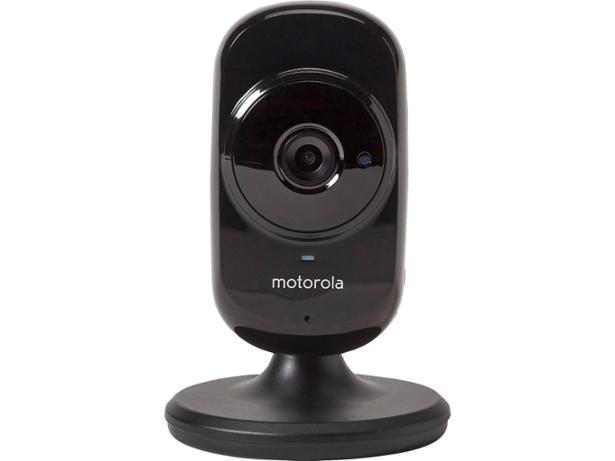 Overall, we felt that the Motorola Focus 68 fell short in a variety of ways, but was still a useful home monitoring option given its shortcomings. Our main issues were with the tediousness of setting up the Hubble app, as well as the inability to sufficiently conceal the camera.

We would have liked for the camera to simply connect to the app once we downloaded it, but the registration as well as the pairing process was complicated and just took too long.

Also, the design of the camera was too obvious. It could be easily disabled by an intruder or someone who doesn’t want the user to see what they’re doing. The design was still sleek and efficient, but for a home security item, was just too conspicuous. 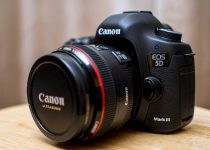 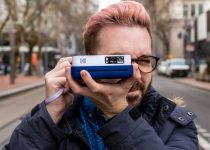 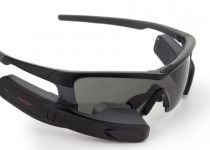